where the prayers end, the peace begins 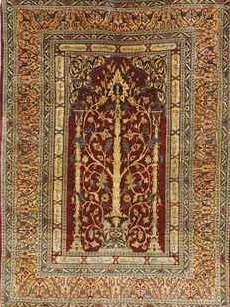 In the book "Swampland Flowers: The Letters and Lectures of Zen Master Ta Hui [1089-1163]," Ta Hui writes approximately (haven't got what it takes to look it up) to one of his students: "I have always taken a great vow that I would rather suffer the fires of hell for all eternity than to portray Zen as a human emotion."

The sentiment, to the extent anyone might be willing to examine it, runs counter to quite a lot of what passes for Buddhism in today's world of spiritual endeavor. Implicitly and explicitly, human emotion plays a pretty strong role, however camouflaged it may be. To my mind, it's no big deal, but it is worth noting that Ta Hui was right.

Another way of saying, "I have always taken a great vow that I would rather suffer the fires of hell for all eternity than to portray Zen as a human emotion" is this:

Where the prayers end, the peace begins.

One of the steps in spiritual endeavor, I think, is to notice what the problem is -- to get a bead on the attachments and delusions and whatever all else seems to stand in the way of some smooth sailing. And once having gotten a bead, there is also a natural tendency to want to take the newly-acquired spiritual discipline and stamp out or cut off these wily interlopers.

No one who took up a spiritual discipline did so because s/he was so damned happy and with this in mind it is natural to think that if the wiles of ego and attachment and delusion are cut off, something more like happiness will result.

With the recently-acquired and well-imagined weapons of "compassion" and "clarity" (lotsa different names here), the effort is put in motion. Anyone who has tried this over an extended period of time knows that it amounts to a game of Whac-a-Mole ... delusions are endless and wily and sly and the game goes on and on and on and the sub-rosa search for an emotionally-satisfying happiness recedes with each new success.

As I say, I don't think it's a big deal, but I do think it may be instructive.

There is a difference between fighting the emissaries of darkness and noticing them. Fighting always elevates and gives substance to the enemy. Fighting unkindness and selfishness and whatever all else means, first, giving substance and power to what is opposed, and second, deciding to battle it. Welcome to Whac-A-Mole.

But just because the battle cannot be won does not mean there are no enemies. It just means that defeating them may require a more effective strategy. Soo ...

Where taking up sword and shield against the foe tends to prolong the war, noticing and keeping an eye on what is inimical is different. To watch anything is to give it the opportunity to disappear and watching the gnawing capacities of human life is no different. Just watch. Just notice. No improvements. No prayers. Just watch ... and see what happens.

Spiritual discipline is largely the discipline of patience and outflanking the Whac-A-Mole approach requires patience -- patience and a certain determination not to be swept up in the swirling seas of emotional satisfaction.

Just watching makes up in effectiveness for what it lacks in soap-opera drama.

Or anyway that's my guess.