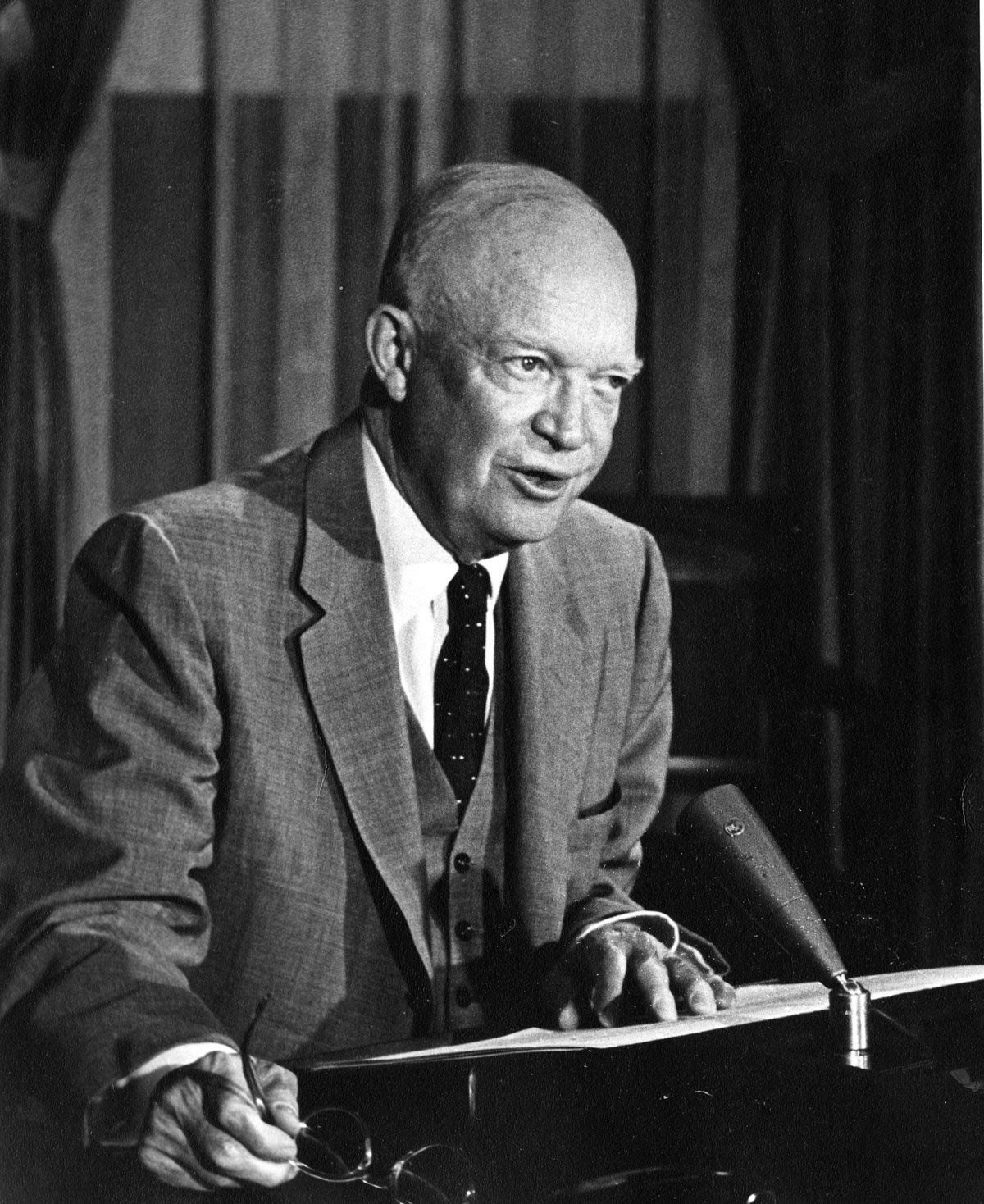 With Memorial Day receding in the rear-view mirror together with the heart-felt remembrances of men and women who died in wartime, I thought it might be nice to tip a hat to Dwight David Eisenhower (1890-1969), 34th president of the United States and the Supreme Allied Commander of the "sacrificing" and "heroic" forces that routed Hitler's armies in Europe during World War II.

To the extent that anyone might remember its fallen veterans with words of praise and gratitude, I think the man who led them might also be due for some applause. Eisenhower made some tough decisions, but in the end, the allies won the war. Eisenhower deserves some laurels as a serious man.

And yet that same serious man would one day say/pray:


I don't want people who have a financial stake in crisis and tensions to have a voice in national policy.

Compare that with the lay of the much-manipulated congressional landscape today and it's hard not to think that Eisenhower is lucky to be dead.