it's scary, but is it true? 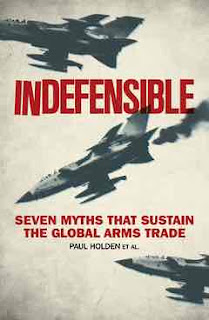 A few years after the millennium, the world was at its most peaceable in recorded history. Nonetheless, a 2006 Gallup poll revealed that 76% of Americans believed that the world was, in that year, more dangerous than it had been any time in the recent past. What might explain this? Some reasons lie in the psychology of threat perception.


And, cherry-picking some of the text of the Guardian article by the author of the book:

-- ... [Y]ou are more likely as a US citizen to drown in your bathtub (a one in 800,000 chance) than die from terrorism (a one in 3.8 million chance).
--  Toddlers, using weapons found in their own homes, have killed more Americans than terrorists in recent years.
--  [I]t is crucial to consider that the “war on terror” might have been a horrendous error. Such an argument runs like this: the attempt to impose a military solution on complicated political problems was simplified thinking with a false promise of total national safety. In turn, the militarisation of the response – as seen in the massive expansion of military deployments, arms spending, and the license to do anything in pursuit of national security – has in reality worsened the problem of armed violence in the world.
--  [C]ounter-terror policies of the 1980s and 1990s, aimed at pressuring governments to end state sponsorship of terrorist organisations, was actually working, and 9/11 was an exceptional and tragic outlier.
--  A 2011 Gallup poll found that 68%of Americans think crime is on the rise. In fact, between 1993 and 2012, the violent crime rate (homicide, robbery, rape and aggravated assault) in the United States dropped by just under 50%.
-- In 1959, US intelligence estimates suggested that the USSR would be in possession of between 1,000 and 1,500 nuclear-capable intercontinental ballistic missiles (ICBMs) compared to America’s paltry 100. In reality, by September 1961, the USSR had only four ICBMs at its disposal, “less than one half of one percent of the missiles expected by US intelligence”, as Stephen Van Evera points out. More recently, Saddam Hussein turned out not to possess weapons of mass destruction after all.
***
The  Guardian article is a longish one which is chock-a-block with the distinctions between perceived and actual danger -- the very stuff that might be worth consideration as President Donald Trump declares the need for a budget that will bulk up military spending and defend against a terrorism that is often manufactured at the expense of the electorate. I am sorry I haven't got the energy to be a more thorough cherry-picker, but I do think the Guardian article and perhaps the book are well worth reading. This, assuming it were ingested, is an important assessment.
Posted by genkaku at 11:35 AM