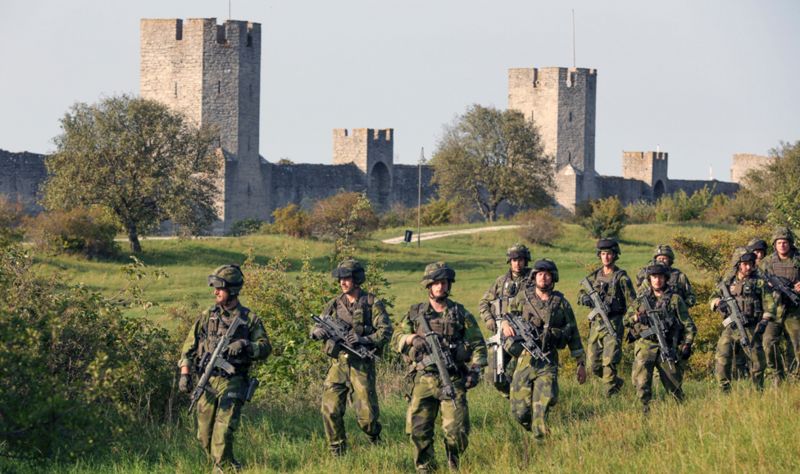 Sweden, long known for its military "neutrality," plans to beef up/reconstitute its forces.

Thank goodness Japan is discarding its anti-militaristic stance adopted after WWII. If you don't get in early, the little guys get left out on fire sales... everybody else gets to claim "heroes" and what's left over is bupkus. Things are moving along nicely, though: For the first time, Iraqi war plans attacked suspected militants/terrorists (it's hard to find a polite or apt or inclusive word ... just think of it as the people we dislike and fear and plan to suppress because otherwise there might be a necessity to consider the thornier difficulties of schools, hospitals, food, governance and the like) inside Syria last week.


The airstrikes in Bukamal, in Syria, were coordinated with Damascus and carried out through a joint intelligence-sharing and command center in Baghdad involving Syria, Iran, Iraq and Russia, according to Brig. Gen. Tahseen Ibrahim, a spokesman for Iraq’s Defense Ministry. He said he had no information on whether the strikes also were coordinated with the U.S.-led coalition, which is conducting airstrikes against Islamic State targets in Syria and Iraq and providing close air support to Iraqi forces fighting the group.... According to a 2015 research paper by Barbara Kunz of the IFRI Security Studies Center, Sweden has about 52,000 full-time military personnel - 20,000 of them permanent staff and most of the others Home Guard members.