the end of the icons as we know them 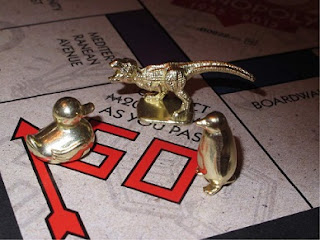 Everywhere, the steady icons of the past seem to shudder on their mounts.

In Japan -- Japan, mind you -- the parliament is being urged to consider a one-time bill that would give Emperor Akihito the right to abdicate. The bill will not take up the more substantive issues that include the possibility of a female -- in Japan, mind you -- emperor. The issue takes some force from the fact that Akihito's lineage is not exactly rife with male contenders for the Chrysanthemum Throne.  A girl emperor in Japan ... even suggesting it sends cracks into the smooth, decorous and limiting structures of Japan, I imagine. But what do I know? I'm just another unfortunate, undereducated and unrefined gaijin.
PS. A Japan court has ruled that the government is to some degree liable for the nuclear disaster at the Fukushima nuclear plant that succumbed to a tsunami in 2011. Japan is devoted to nuclear power but not so much to its outfall ... residents forced from their homes were recently urged to return to their dwellings. C'mon home, grow another toe, catch some cancer ... see how responsible we are.

Meanwhile, Turkish President Recep Tayyip Erdogan seems to have struck on a solution that might suit the Japanese emperor: Erdogan, who is currently pissed at Europe has "called on Turks living in Europe to have at least five children, saying it would be the best response to Europe's "injustices."" Making a lot of babies ... that'll show 'em. Erdogan is pissed -- especially at the Netherlands -- for a series of diplomatic snubs in Europe. The emperor may be a bit long in the tooth, but still, the idea -- assisted by a bit of no-girl DNA maneuvering -- may have merit in the land of the Rising Sun.

Monopoly is making changes: The boot has been booted, the wheelbarrow has been wheeled out, and the thimble got the thumbs down in the latest version of the board game.
In their place this fall will be a Tyrannosaurus rex, a penguin and a rubber ducky.

It's like tinkering with the seven wonders of the world. On the other hand, I suppose, some new and improved gadgetry is required for all those Turks running around in Europe.