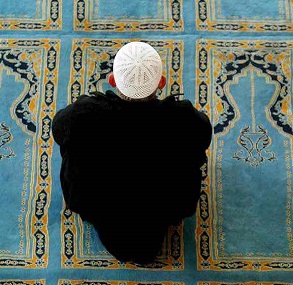 In the apparently-unremitting attempt to extract an assured future from a multi-faceted past and present ....


Internal US law enforcement documents describe a highly controversial community initiative aimed at identifying potential terrorists before they “radicalize” as being intimately related to intelligence gathering.
Despite years of official denials, American Muslim civil rights groups have claimed that Barack Obama’s Countering Violent Extremism (CVE) initiative was a euphemistic approach that targeted Muslims for surveillance.
The FBI described the CVE program as designed to “strengthen our investigative, intelligence gathering and collaborative abilities to be proactive in countering violent extremism”....
Under Donald Trump’s administration, the Department of Homeland Security is reviewing the effort with a mind to rebrand it “Countering Radical Islam” or “Countering Violent Jihad”


I suppose that somewhere there may be a religion that has no ties whatsoever to the injunction to smite, kill and otherwise obliterate those who do not concur. Christians, Jews, Hindus, Muslims ... all have passages in sometimes well-secreted texts ... bomb the bastards. We are the bestest with the mostest and if you do not agree, you'd better run, 'cause you can't hide.

How much easier things might be if religion(s) were forced to admit up-front that such clauses and invocations existed within its/their ranks. Even where a religion has no obvious invocation, still, there is enough suggestive stuff so that a suggestible human being -- with all the best intentions, of course -- could go on a blood-curdling rampage.

If this were simply admitted up front, maybe we could save some money now being spent on electronic surveillance, fear-mongering and all the rest.
Posted by genkaku at 9:55 AM