On the one hand, there was the chubby penmanship of a female teenager in Maryland asking a couple of questions about "Buddhism;" on the other, there was the self-involved gnashing of teeth from a man who had been involved in some Zen-related doings and was stuck gnashing his teeth. 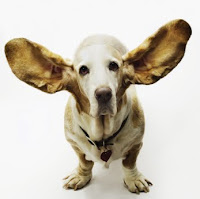 There was not a moment's hesitation regarding the young woman's questions in her letter ... I would answer. I would answer, but why? It wasn't that I wanted to assert my own stock. I'm too old to ascend to some righteous or glowing high seat. It was more as if we were chums and chums offer what they have to each other. I had had the questions she had and I could tell her what the upshot was for me.

Nor was there a moment's hesitation regarding the gnashing of teeth. I had had similar emails ... saying the same things over and over again ... tell me I'm right. No hesitation there either -- hit the "delete" key.

But how easily and without a second thought I was drawn to the young woman's plump handwriting and sentiments. Was it "experience" or was it more "intuition" that acted as a guarantor of happiness? That was a human question in my mind. The fact that a 14-year-old might ask it made no difference, though there was a whisper in the back of my mind saying, "If you're 14, the rule of thumb is ... go out and sin some more." But there was no knowing the basis of her question -- the background and circumstances: How many people ask questions as a means of camouflaging the real questions they have? No matter ... answer the letter.

I too have gnashed and continue to gnash my teeth about various aspects of the world; I too have found myself incapable of escaping my own concerns. But one of the things that Buddhism helps with is some understanding that asking for or receiving someone else's agreement is mostly a fool's errand. It neither helps nor hinders me if someone else hates anchovies. Sure, I like company as well as the next person, but company comes and company goes ... and anchovies are forever. :)

Just some amorphous navel-gazing.
Posted by genkaku at 9:50 AM