It's like living in Beijing or Los Angeles with the smog...

Over and over and over again, there's another sex "scandal" at some spiritual watering hole until, despite the disparaging use of the word "cult," well ... how many "scandals" can anyone endure before the word "scandal" runs out of meaning?

How many times can anyone say "cult" without examining the earth from which that toxic flower sprang? 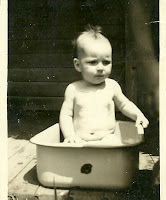 No, no, no! Be reasonable! There are many good and worthy teachers and centers! Their teachings are benevolent and wise! Let's not throw the baby out with the bath water! Let's not condemn the wonderful apples in the barrel because of a few rotten ones.

Quick! Let's put a stop to this scandal, this cult! Let's get together and fashion an ethics policy that will disperse the smog or make the cult-ivating stop! Let's make it stop ... but let's not be hasty!

But it doesn't stop. Think Whac-A-Mole.

Today, in email, I got another reminder. This one from Australia. This one Hindu-oriented. Yoga this time. Another scandal. Another 'cult.' Another batch of people offering testimony about hypocrisy and corruption and power manipulation and anguish. It is precisely the same as what anyone may have heard or read elsewhere about Zen Buddhism's bad apples or the Vatican's pedophiles ... precisely the same stuff, but different because it is in a new venue filled with new words and there is a renewed chance to say "oh no!"

Breathe in. Breathe out.

You'll get used to it.

What other choice is there?

And it has precisely nothing to do with cynicism.