A number of years ago, I received notice that I had been selected for "jury duty." Here in the United States, many Americans do their best to avoid this periodic order that may disrupt jobs and family life ... sitting on a jury for who-knows-how-long, missing workplace pay, and suffering other inconveniences that they imagine someone else should do. 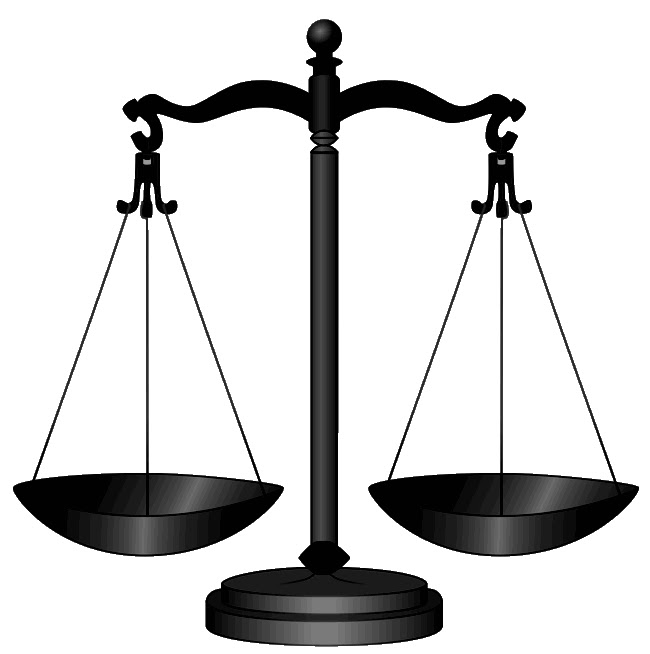 My view was different: I looked forward to taking part in one of the few American institutions that, however flawed, gives meaning to what's left of a 'free United States' ... the legal system. I'm no my-country-right-or-wrong flag-waver, but when I look at the social and financial and personal instabilities created in, say, Russia or the Middle East or China due to a lack of enforced legal formats, I think the U.S. is reasonably lucky. Anyway, I looked forward to serving, of doing my little bit so that everyone might do a little less.

I did go to the courthouse with reservations. Most of the cases heard are borrrrrrring ... insurance company dust-ups or other bookkeeping disagreements. Luckily, after being filtered from several groups and finally seated in the jury box, I discovered that the case involved age-bias ... a woman who claimed she had been fired from her restaurant job because of her age. Once the jury was selected, the judge sent everyone home with the instruction that the case would begin the next day. I was a happy camper: What is palpably human always interests me.

My enthusiasm was brought up short when the next day arrived and the jury was excused: The case had been settled overnight by the two parties so there was no need for a trial. Thinking it over, I could see why: Age-bias is enormously hard to prove. Had the employer fired this person because she couldn't or wouldn't do her job or had the employee been fired because her age and longevity made her services too expensive? Or some nuanced version of both propositions? The situation, together with the legal fees it entailed, made dragging the case out a pretty expensive proposition. A part of me understood the difficulties. A part of me said, "Well, shit!" -- I wanted to do my job as a juror.

What brought this all to mind was an email I received from a friend yesterday. Without remark, the email linked me to a blog that addressed "The Faithless Servant Doctrine." And within that blog post, the following words attracted my interest:


“One who owes a duty of fidelity to a principal and who is faithless in the performance of his services is generally disentitled to recover his compensation, whether commissions or salary . . . Nor does it make any difference that the services were beneficial to the principal, or that the principal suffered no provable damage as a result of the breach of fidelity by the agent.”


The words struck a chord in regard to the current $2 million lawsuit brought by Eido Tai Shimano (roshi) against the Zen Studies Society he had once headed and perhaps manipulated. Shimano seeks the money owed him under a retirement package signed by ZSS. He further seeks $2 million-plus. ZSS has filed a brief denying Shimano's allegations and seeking its own $2 million-plus in damages.

In the midst of it all, from the ZSS point of view, lies the question of whether Eido Shimano breached his fiduciary and ethical responsibilities thorough sexual manipulation of a variety of his 'students' and other maneuvers over decades as director of ZSS.

The Faithless Servant Doctrine struck me as a reasonable application that might be made in the ZSS case. There are ample examples of 'faithlessness' stored in the Shimano Archive. And yet too, as in age bias, one man's faithlessness is another man's faithful rendering.

As a biased (call it age-biased if you like) party in the Shimano-ZSS confrontation, I do hope that the decades of sorrow and pain will not be swept under the carpet of some overnight mediation process ... a settlement behind closed doors that fails once again to openly address the confusion and hurt suffered by those who belonged to a Buddhist "sangha" ... sangha, one of the life-blood touchstones of Buddhism.

Sorry to be repetitive and long about this situation, but it is what is on my mind at the moment ... the faithless servant.
Posted by genkaku at 9:00 AM