Waking up in the morning seems to bring with it the need to refill some cup that was drained in the hours of sleep; to restart some movie that was 'paused;' to reaffirm that which required no affirmation in sleep and yet now, in wakefulness, is as demanding as a dog that hears its feeding bowl being filled.

This morning, the continuation seemed to have two aspects, neither denying the other. The first was "honor." The second was the garbage. I wanted to munch in writing on the notion of "honor," but Mondays are the days when the garbage truck comes around early and so, between honor and garbage, I did some mental triage and chose the garbage, which now awaits its destiny. 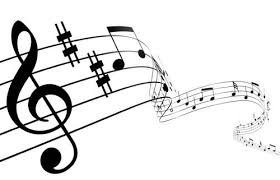 The word "honor" cropped up probably because I got hooked last night on re-watching "Page 8" on the Public Broadcast System here. "Page 8" is an intelligent, delicate, character-ripe, and of course British tale of an aging intelligence officer in the throes of political and personal skulduggery. The biff-bam-boom that an American network might employ in telling the same tale is missing. This is a story about people and their strengths and weaknesses and just-plain humanity. "Honor," to the extent that it is part of the TV tableau, is a wispy, layered and undefinable quality that nevertheless seems to have a powerful definition. It leaves in the dust the tendency to wave the flag or make a political speech while pinning on a Medal of Honor.

"Honor" strikes me as being like "love" or "pornography:" "I may not know what it is, but I know it when I see it." The more it is touted or claimed, the further it retreats from view. Aspects and dissections of the self-anointing may rise up and sound good, but something is always missing.

Yes, honor seems to partake of a willingness to do what runs counter to the self-interest of the do-er. Yes, it is somehow determined. Yes, it is somehow blatantly noticeable on occasion, but the moment anyone notices, what is noticed loses its heart-filling savor and substance. The swash and buckle of the second-rate samurai can arouse choruses of "bushido," ... and yet ... well, that's not quite it, is it? To speak its name doesn't quite work and yet to capture it with "silence" is equally ludicrous.

An Internet dictionary defines "honor" in part as:

-- the respect that people have for someone who achieves something great, who is very powerful, or who behaves in a way that is morally right
-- the behavior of someone who has high moral standards
-- something you do that you are proud of

In a despairing effort to put a finger on a drop of mercury that refuses to be pinned down, definers and other politicians may resort to "dishonor" -- another drop of mercury with a far less pleasant implication. Everyone may impute an honor to their efforts and thoughts -- even when they don't think in those terms -- but no one wants to imagine that those efforts and thoughts are somehow dishonorable. I want as much of the good stuff as I can capture and hope to elude as much of the bad stuff as possible. And yet there is always good stuff and always bad stuff, however honorable I may be. I may practice my heart out, be as disciplined as an Olympic runner, and yet ....

In the television telling of "Page 8," people do what they feel compelled to do. There is nothing heroic in it. It is simply human. Their actions are variously attentive and inattentive, honorable and dishonorable. They act on "facts" as they see them and the impetus and results are sometimes inspiring and sometimes just plain venal.

In the early morning, I wake up and push the restart button, filling the emptied cup with tales of "honor" and garbage. Is the truth any less the truth in my tale-telling efforts? Is it any more?

Just because I can't name it doesn't mean I can't put out the garbage.

Isn't that a gob-stopper?
Posted by genkaku at 8:53 AM