"you're gonna get screwed" 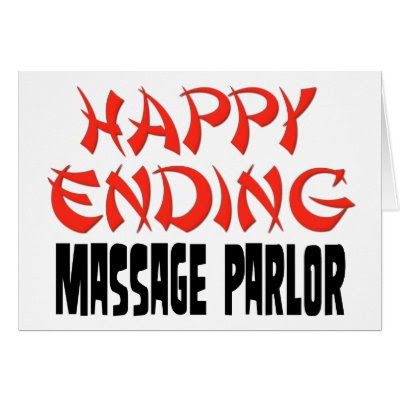 Religion and economics are both dedicated to flavoring and massaging the down-home recognition that "you're gonna get screwed."

The interview focused on the various dysfunctional characteristics of the current capitalism-under-stress environment in which so many feel the lash and so few feel the balm.

And within that context, Wolff, a man educated at Stanford, Harvard and Yale, made an interesting observation. On college campuses 'the school of economics' and 'the school of business' are not housed in the same building. They are separate and distinct. They may nod to each other from time to time, but the fact is that there are two schools. Does any other discipline enjoy a similar schism ... two schools of philosophy or biology, Wolff asked? Economics is the theoretical stuff, the overview, the feel-good stuff; business is the nitty-gritty of how to manufacture and sell widgets and how to shape and manipulate a 'productive' work force.

Wolff said, and I agree, that America (and perhaps other parts of the world) is like a deer caught in the headlights -- frozen in a kind of disbelief that the 'American dream' simply is not delivering what it promised to deliver. It is no longer true that if you work hard, you are guaranteed a decent standard of living and your kids will have it better than you did. But the deer loves the dream and the facts have not yet gelled into an infuriated response. For now, there are desperate attempts to shore up the wondrous dream, to deny its crumbling reality.

The Tea Party (a tear-it-down right wing persuasion) and the Occupy Movement (a left-leaning recognition that "you're gonna get screwed") are examples of the beginning of a betrayed and enraged response to the disconnect between the economic dream and the economic reality, Wolff suggested.

Everyone wants to get laid, but no one wants to get screwed and perhaps one way to uphold and elevate the wonders of getting laid is to screw at an ever-accelerated pace.

Everyone wants to get to heaven, but no one in their right mind wants to die in order to get there. So maybe, at first, like a deer in the headlights, there is some accelerated creation of belief and hopeful tale telling. It's a bit like being in a foreign country and imagining that if you just speak your own language louder, the natives will finally understand you.

But life doesn't understand you and it does not bend a knee to tales of any kind, no matter how elaborate or heart-felt: You're gonna get screwed -- read 'em and weep. Panoramas of joy and bliss and clarity turn out, on the highway of life, to fall short of expectations ... of dreams American or any other kind. It's got nothing to do with optimism or pessimism: It has to do with fact and fiction.

It's not a big deal, but after so many economic or spiritual tales, after so many bake sales and meditation retreats and stock-market successes, it can be a jolt: Fictions may inspire, but facts rule. The massage parlor into which the facts have been fed turns out to be the plain old kalpa-long whore house it always was.

I suppose everyone has a different way of approaching all this -- of standing in the headlights of "you're gonna get screwed" and figuring out some factual, practical avenue or solution. If 'economics' don't work and beliefs don't work, what does work in a way that honestly addresses the facts of anyone's life? That's facts, not fancies.

I wouldn't try to convince anyone else, but I found Zen practice a very useful tool. It's a bit like switching from being an ecomomics major to diving into business. It's messy and confusing and rewarding and tear-stained and full of laughter and, yes, there are massage parlors galore, but, although it has some ornate story-telling of its own, still Zen seems to offer more opportunity to dissolve the chasm between getting laid and getting screwed.

Fucked if I know!