There are probably more important bits of news out there -- slaughter in Syria, England's bond-rating dip based on the rating of an agency whose credibility is itself suspect, and the upcoming Academy Awards ceremony -- but ... well, what caught my eye was: 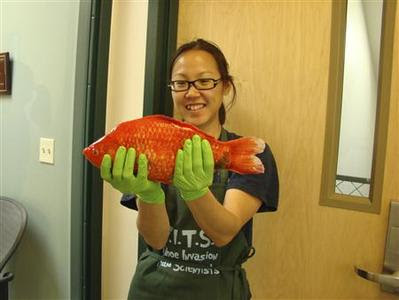 -- Giant gold fish have apparently invaded Lake Tahoe, the second deepest fresh-water body in the United States. No one seems to be entirely sure of the long-term implications, but still, the size when compared to your daughter's fish bowl is pretty amazing and puts me in mind of the old spoof movie, "The Attack of the Killer Tomatoes."

-- A Yale University behavioral economist posits that the language people speak -- and specifically the use or lack of use of the future tense -- is a fair indicator of whether anyone is more or less likely to be thrifty ... and perhaps healthy.


Prof Chen says his research proves that the grammar of the language we speak affects both our finances and our health.