news ... a world of wonders 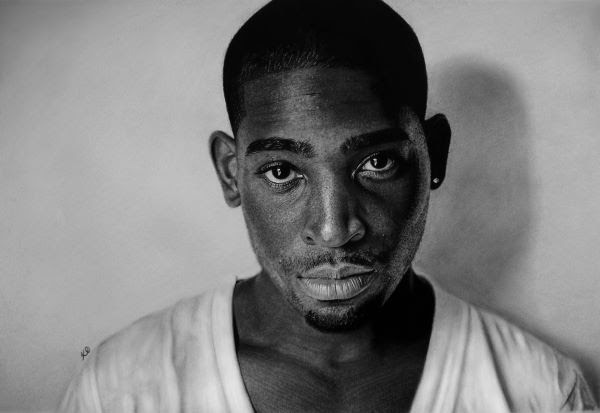 -- In this world of wonders, consider the charcoal and pencil pictures by 27-year-old Kelvin Okafor, pictures so realistic that they are taken to be photos.

-- In this world of wonders, consider the need for guns. In one instance, a kidnapped five-year-old boy cries out for his mother from an underground bunker where he is being held by an Alabama  gunman who shot a school-bus driver dead and abducted the boy to his anti-government lair. In another instance, a Chicago mother is mourning the loss of her fourth remaining child. Each child was the victim of gun violence. Imagine losing a single child for any reason, let alone a possibly-preventable one. Then two. Then three. Then four. Sure, "it happens all the time," but ... imagine it.

-- In this world of wonders, consider the words of Cardinal Jose Gomez, leader of the Los Angeles archdiocese, the largest in the United States:


There is no excuse, no explaining away what happened to these children. The priests involved had the duty to be their spiritual fathers and they failed.

Gomez made his remarks as he stripped retired Cardinal Roger Mahony of all administrative and public duties.  12,000 pages of unsealed documents depicted Mahony's complicity in the cases of 14 priests accused of child sexual abuse.


A Church-commissioned report said more than 4,000 US priests had faced sexual abuse allegations since the early 1950s, in cases involving more than 10,000 children - mostly boys.

And, in this world of wonders, if that were anywhere close to a complete list of such heinous crimes, we could all get back to believing in the wondrous Tooth Fairy.
Posted by genkaku at 10:07 AM