after losing 3, Go master wins one 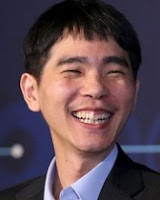 Having lost three in the best-of-five series against an artificial-intelligence program, Go master Lee Se-dol won the fourth game. It is not clear to me why, in a "best of five" series, a fourth game would be played at all after three losses.

Reuters makes it a little clearer.
Posted by genkaku at 8:01 AM