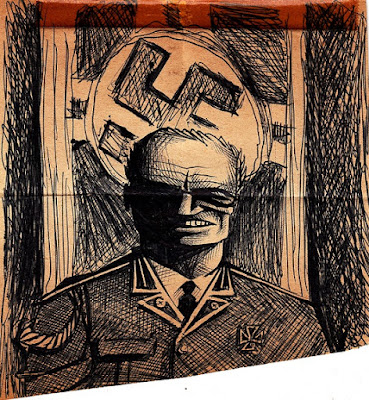 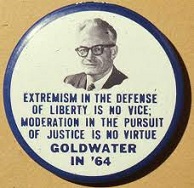 Thinking about the dust storm today that surrounds the presidential primaries, I remembered an old drawing that showed up on the Army bulletin board where I worked in 1964. Arizona senator Barry Goldwater had been prepared to take on an old friend, John F. Kennedy, but after Kennedy was assassinated, he was confronted by President Lyndon B. Johnson. As the picture depicts, Goldwater was sometimes viewed as a dangerous and rigid Republican.

And yet reading the news clips that were saved nearby this picture I tucked into my journal, there was a seriousness and civility to the media coverage of the time. Goldwater was a Nazi and worse in some vocabularies, but he didn't lack thought. The raucous rancor and lack of specificity of a Donald Trump had not yet borne fruit.

Here's a snippet (click to enlarge) of one New York Times article from July 1964: 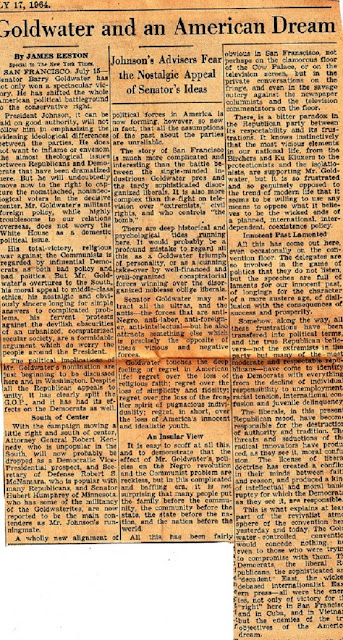