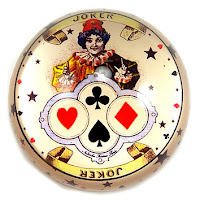 On the same day (Monday) that the Vatican announced Mother Teresa would officially become a "saint"  Sept. 4, Google's AlphaGo artificial intelligence program received an honorary award that asserted its "ninth dan" capacity -- a designation that amounted to all but an assertion of its "divinity." The machine beat Go champion Lee Se-dol, himself a holder of near-divine status, in four Go games out of five.

And let's not forget the "divine winds" said by some to have saved Japan from Mongol invasions in 1274 and 1281.

Taking one aspect of the dictionary definition, what is divine is "of, from, or like God or a god." More loosely, it is what is supremely delightful and convincing, and yet....

And yet, no one can see, smell, taste, touch or hear it. Despite all the best efforts to do so -- and there have been some real money-makers -- what is divine cannot be marketed.

When all else fails to explain or control or gift-wrap, "the divine" steps in with a smile. It is like the joker in a deck of cards. It can be anywhere. It can be everywhere. It invariably fits as those who say things like "everything happens for a reason" are willing to concede. What I cannot explain or control is given over to the wiles of the divine: It's easier and more comforting than admitting "I don't know."

But more than that, I have a hunch that there is a positive demand for the divine to be part of the human tapestry: There is all the stuff I can parse and explain and control and then there is everything else that I can't quite get a handle on ... ergo, "shit happens." Divine shit in some instances.

The divine is also the apex of some effort or philosophy. It represents the point at which anyone steps off a cliff into the unknown. If I worked so very very hard on something and then that something reached the pinnacle ... well, ain't that divine? To feel the words drop away, the warmth infuse, the smiles unfurl? It's divine.

But it's interesting. Is there any escaping the two words that invariably greet the divine as it arrives and infuses and delights? I have prayed and hoped and believed and sweat and insisted and finally attained the divine I just knew was waiting around the corner. And then, sure enough, there it was ... and the two words whisper laconically:

Shall we call it a divine kick in the ass?