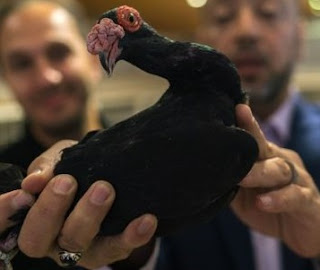 As if Syria did not have enough problems, given its civil war, there is also the matter of its magnificent pigeons and their smugglers.


Many people in the Middle East love pigeons - it's a passion that can dissolve all religious and national divisions. Some of the finest birds were bred in Syria until the civil war intervened. Now Syrian birds are being smuggled to Lebanon, across front lines and through areas controlled by the Hezbollah militia.