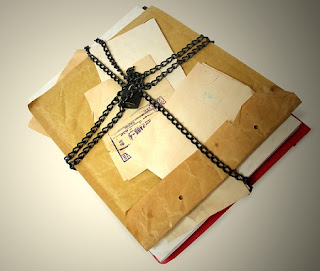 Ah, secrets. How gnarled and ingrown and metastasizing on the one hand. How smooth and powerful and worth the price of admission on another. How elevating ... how ... secret.

Of course, there are some secrets that can not be told, but for the rest, so much of the savor rests in the potential for telling: the raw awfulness; the relief and delight.

I guess what brought this to mind (again) was a Guardian story about a currently-popular BBC1 serial about a night manager at the stratospherically-upscale Dolder Grand in Zurich where spy novelist John Le Carré met and took and interest in Stephen Pike, the night manager whose aura Le Carré channeled into his 1993 novel.

Discretion. Sophistication. Dedication. And a trust whose hovering counterpart is always and forever distrust. Is anyone better at such veils than the British upper crust and the savvy Japanese? Or perhaps it is just packets of income that light the fuse. But even without income, secrets are a self-affirming wonder.

One of the things I noticed during my time in the army -- a time that required a Top Secret Code Word security clearance -- was how edgy secrets could make you feel. Yes, there was the delight of knowing what few if any others knew, but in what cause was such knowing projected? What was its usefulness? Did life really need to be held so close to the chest? The punishments promised to anyone who did in fact spill the beans were enough to keep buttoned lips buttoned. But what sort of existence was that ... not saying what you were perfectly capable of saying? The virtue attached to keeping your mouth shut may have seemed sensible at the outset, but after a while ... after a while ... after a while....

Secrets became like flechettes in the heart ... burrowing, stabbing, painful, restraining ... think of the secrets in your own life. For what? If a thing is true enough and useful enough to keep secret, what would happen if it were no longer secret.

Or, as Dorothy Parker once observed more or less: "How can we expect others to keep our secrets when we can't even keep them ourselves?"

Flechettes. Doesn't there come a time when removing these barbs becomes a deep longing or a necessity or whatever? What would it be like to air things out -- first to the bathroom mirror and then to some other secret-keeper? Yes, there is yowling -- "Oh no! I couldn't do that!!!!!" But the universe already knows, the world knows, the fallout has already fallen out.

Time to remove the flechettes and decline to inflict still more.

When I was a newspaper reporter, I felt some of the same secrets-prone delight. I knew things others did not. Or, if others did know them, still, I had known them first and by not revealing them, I had kept my word. My discretion could be counted on. I was a hotel manager in my own hotel.

To this day, I do not tell what others do not want me to tell. But it seems a bit contrived. Will the universe blush or crumble?

Of course there are the secrets that cannot be told, as for example, the Hindu tale of the monk who visited his teacher in order to receive a mantram -- a bit of text that was utterly private and tailor-made for the recipient. The teacher gave the monk a mantram, but then added, "This is utterly private. You must not tell anyone else. If you did, you would save the whole world." The monk, who was not yet entirely sure of his footing, left the teacher's presence, gathered a crowd in the town square and promptly proceeded to repeat his mantram.

Needless to say, the world was not saved any more than the world is saved by not telling some other secret.

Bit by bit and one by one, the flechettes of secretive separation come loose or are yanked free or simply dig a deeper hole in which to hide themselves.

Maybe it's like banging your head against a wall because it feels so damned good when you stop.