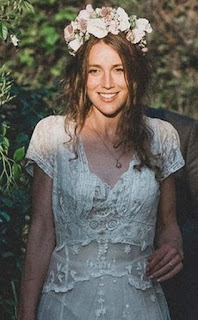 A 150-year-old antique wedding dress lost after a dry cleaners went bust has been located.
Tess Newall, of Morham, East Lothian, spoke of being "distraught" after discovering the dress, which belonged to her great-great grandmother, was missing.
It followed the closure of Kleen Cleaners in St Mary Street, Edinburgh.
She posted an update on social media saying the dress was found "in a crumpled heap" at the closed shop.
The 29-year-old who married Alfred Newall, 30, in East Lothian, in June, told the BBC she was "absolutely over the moon" at the discovery, and said the last 24 hours had been "surreal".

A Chinese man who was trapped in India for more than 50 years has finally been reunited with his family.
The BBC had reported how Wang Qi, an army surveyor who says he accidentally crossed into India in 1963, had not been given the necessary documents to leave the country.
Following the report, he was visited by Chinese diplomats, who told him efforts were being made to take him back.
Mr Wang was met by family members when his flight landed in Beijing.