as dangerous as communism -- accountancy 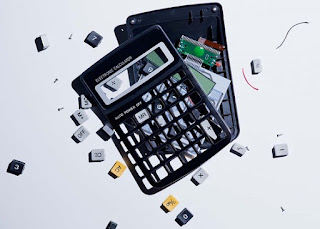 A Guardian article points out the unsound practices that accountancy once was charged with ferreting out. And you thought communism was a threat to capitalism.


Just four major global firms – Deloitte, PricewaterhouseCoopers (PwC), Ernst & Young (EY) and KPMG – audit 97% of US public companies and all the UK’s top 100 corporations, verifying that their accounts present a trustworthy and fair view of their business to investors, customers and workers.... There are no serious rivals to undercut them. What’s more, since audits are a legal requirement almost everywhere, this is a state-guaranteed cartel.
[E]conomist JK Galbraith had ended his landmark history of the 1929 "Great Crash" by warning of the reluctance of “men of business” to speak up “if it means disturbance of orderly business and convenience in the present”. (In this, he thought, “at least equally with communism, lies the threat to capitalism”.) Galbraith could have been prophesying accountancy a few decades later, now led by men of business rather than watchdogs of business.[B]y shaping the world in which they operate, the accountants have ensured that they are unlikely to face their own downfall. As the world stumbles from one crisis to the next, its economy precarious and its core financial markets inadequately reformed, it won’t be the accountants who pay the price of their failure to hold capitalism to account. It will once again be the millions who lose their jobs and their livelihoods...
[T]he demise of sound accounting became a critical cause of the early 21st-century financial crisis. Auditing limited companies, made mandatory in Britain around a hundred years earlier, was intended as a check on the so-called “principal/agent problem” inherent in the corporate form of business. As Adam Smith once pointed out, “managers of other people’s money” could not be trusted to be as prudent with it as they were with their own. When late-20th-century bankers began gambling with eye-watering amounts of other people’s money, good accounting became more important than ever. But the bean counters now had more commercial priorities and – with limited liability of their own – less fear for the consequences of failure.