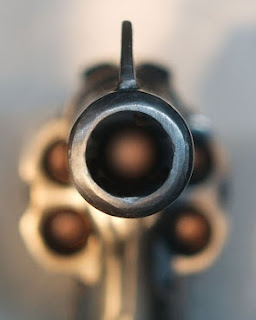 Passed along in email came this literate dissection from The New Yorker. "Trump vs. the "Deep State:" How the Administration's loyalists are quietly reshaping American governance." It's a long read, perhaps, but seems well-argued and pretty well written ....

The article is probably for those still inclined to discuss and parse and bemoan. As a cranky older person, I can't help but think that a horse with a broken leg deserves careful assessment ... together with the recognition that someone is going to have to point the gun and pull the trigger. You can only talk about a cluster-fuck for so long. And then, well, it becomes tiring without result, dismaying without result, outrageous without result, anti-American without result.

Strange to think that the cranky and dispossessed who swept Donald Trump into office are now, so to speak "the rest of us." "Speak truth to power????" That only works when the truth has some footing from the get-go. Donald Trump's ascendancy has proved that anything that might be called "the truth" is a minor  and sometimes inconvenient matter.
Posted by genkaku at 8:14 AM