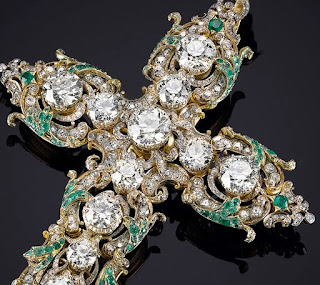 It wasn't so long ago -- it feels like a couple or three years -- that the Roman Catholic Church expressed its concern for the alleged victims of clergy sexual abuse with what can only be described as the Vatican Two-Step -- endless obfuscations and 'caring' press releases lobbed at men and women who were once hurt. Now the tsunami seems to be reversing itself: Victims have learned that the damage done cannot be expunged or healed -- and the time cannot be reclaimed -- so the next best thing is to hit the world's largest corporation where it hurts ... the pocketbook. Suddenly, the humble-pie fabrications are told by voices other than the church.


ST. PAUL, Minn. (AP) — The Archdiocese of St. Paul and Minneapolis has agreed to a $210 million settlement with 450 victims of clergy sexual abuse as part of its plan for bankruptcy reorganization, making it the second-largest U.S. payout in the scandal that rocked the nation’s Roman Catholic Church.
Victims’ attorney Jeff Anderson said the settlement was reached with the victims and the archdiocese and includes accountability measures. The money, a total of $210,290,724, will go into a pot to pay survivors, with the amount for each survivor to be determined.

And from the Guardian:


Pope Francis has become the first pope to publicly denounce a “culture of abuse and cover-up” in the Catholic church, saying he was ashamed that neither he nor church leaders in Chile truly ever listened to victims of the country’s sexual abuse scandal.