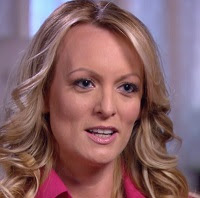 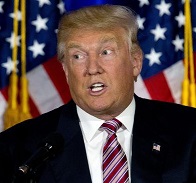 The Republican self-congratulation that followed December's passage of a tax bill that almost no one read at the time -- the one that benefits corporations and pays little besides lip service to the working class -- has dwindled... dropped 44% or up to 72%, according to Reuters. The explanation, the GOP avers, is that voters have moved on to other more compelling topics.

Democrats licking their chops at the prospect of winning back Republican Congressional seats in the upcoming midterm elections have yet to sharpen their political spikes and call out their victorious counterparts. I have every faith that the upcoming races are, as ever, just waiting for the Democrats to shoot themselves in the foot.


The most vulnerable Republican incumbents in the tightest congressional races in the November elections are talking less and less about the tax cuts on Twitter and Facebook, on their campaign and congressional websites and in digital ads, the vital tools of a modern election campaign, a Reuters analysis of their online utterances shows.
All told, the number of tax messages has fallen by 44 percent since January. For several congressmen in tough reelection fights, Steve Knight in California, Jason Lewis in Minnesota, and Don Bacon in Nebraska, messaging is down much more - as much as 72 percent.

Hovering or perhaps even giddy Democrats "received some unexpected help from Republican Senator Marco Rubio last week. Rubio, who is not facing re-election this cycle, told the Economist magazine that benefits are going to corporations instead of employees.
“They bought back shares, a few gave out bonuses; there’s no evidence whatsoever that the money’s been massively poured back into the American worker,” he said."

Trickle-down economics is once again (how often does anyone have to play this record?) bullshit. But I have faith in ignorance and am willing to guess that Democrats will find a way to squander such political manna. The greater hope lies with "Stormy Daniels," the porn actress who alleges she had an affair with Donald Trump and got paid $130,000 to keep her mouth shut about it. Her lawyer shows all the signs of keeping Stormy -- and by extension, his own career -- in the public eye. In interviews, I think Stormy comes off more credible than her presidential antagonist. Go get 'em, Stormy!

Meanwhile, back in what used to be called the United States of America ....
Posted by genkaku at 12:04 PM