the advent of 'fact checking' the president 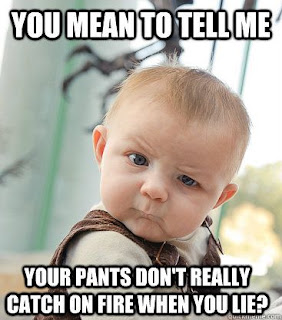 I'm not positive, but I think that it is only since Donald Trump became president of the United States that the Associated Press has adopted the habit of running "fact checks" on the statements that he makes. The results, for Mr. Trump, are largely abysmal.


Eg.: WASHINGTON (AP) — Illegal border crossings, as President Donald Trump measures them, have gone up since he took office, even as he speaks to audiences about a drop of more than 40 percent.... etc.

Imagine having to think it necessary to run an entire article that corrects the assertions of the president of the most powerful country in the world. And then imagine taking the exercise as a matter of  'normalcy' ... no biggie... just the president lying as usual... no need to do anything about it.
Posted by genkaku at 6:10 PM