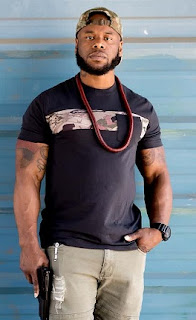 Unless and until the U.S. government can show concrete evidence of Rakem Balogun's insidious intentions or actions, I for one will remain highly skeptical of the self-congratulatory reasoning that led the Federal Bureau of Investigation to break down his door in 2017 and arrest him under the heading of "black identity extremist."

As J. Edgar Hoover did whatever he could during his tenure to paint Martin Luther King Jr. into a criminal corner, so there seems to be a surveillance effort against black men who not only can drive, but also seem capable of thinking.

Balogun was held without bail for five months. In the end, his accusers were left with the allegedly illegal possession of a hand gun ... a charge a judge upended. And through it all, no one apologized to a man who admits to being an activist, but denies extremism innuendos.


“It’s tyranny at its finest,” said Balogun, 34. “I have not been doing anything illegal for them to have surveillance on me. I have not hurt anyone or threatened anyone.”

The situation, as presented in The Guardian, fairly reeks of "niggers gotta know their place." Imagine if the man who had his door broken down had been white.


Balogun, who lost his home and more while incarcerated, is believed to be the first person targeted and prosecuted under a secretive US surveillance effort to track so-called “black identity extremists”. In a leaked August 2017 report from the FBI’s Domestic Terrorism Analysis Unit, officials claimed that there had been a “resurgence in ideologically motivated, violent criminal activity” stemming from African Americans’ “perceptions of police brutality”.
The counter-terrorism assessment provided minimal data or evidence of threats against police.... The report sparked backlash from civil rights groups and some Democrats, who feared the government would use the broad designation to prosecute activists and groups like Black Lives Matter.

Balogun, who was working full-time for an IT company when he was arrested, has long been an activist, co-founding Guerrilla Mainframe and the Huey P Newton Gun Club, two groups fighting police brutality and advocating for the rights of black gun owners. Some of the work included coordinating meals for the homeless, youth picnics and self-defense classes – but that’s not what interested the FBI.

Oh well, at least they speak English in the American gulag.

The fiction-founded premise that anyone can see into the future, predict violent activities like a scrupulously-undefined "terrorism," and prevent bloodshed ... where are the congressmen who went to the finest schools, often have law degrees, claim to love their country and yet cannot speak out against secret evidence which goes unsubstantiated?

Why am I asking this question? Is there a hex someone can put on these people? Vote, you say? I was thinking of a more painful hex of some kind... sorta like we're back in third grade and it was still a laugh to put a thumb tack on someone's seat...