Nobel candidate lost behind the radiator 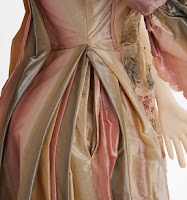 I realized this afternoon that I had forgotten -- though I recognized I was under no duress to remember -- the meaning of the word "furbelow." But worse than the forgetfulness was the recognition that I no longer could think of anyone I knew to whom I might turn and say, "What does 'furbelow' mean again? I've forgotten."

Perhaps, if I had known what the word meant, I could have returned to work on my magnum opus, "Furbelows and Leukocytes -- a Brief History." A real page-turner and probable Nobel candidate whose early draft I last saw sitting on a radiator top.

And yet another speculative bit of whimsy: Is it true that newborns exiting the womb into a world in which they are destined to join a "minority" of some sort are seldom if ever granted the capacity (as every other individual is) to be a flaming asshole? The gentle "majority" -- the one so intent on making room for those less blessed by numbers -- couldn't imagine saying that a homosexual or black person or woman or transsexual or any other put-upon group had emerged from the womb with a full-blown capacity to be mean, nasty critters. No, they need to work twice as hard for that capacity as well ... along with all the other, more applauded, abilities like kindness, joy, greed, altruism and whatever the latest majority treasure might be.

Women hit the financial glass ceiling and it's a grinding inequality, but in that ain't-it-awful descriptive mix it is rare to acknowledge that the put-upon one is simultaneously a manipulative bitch and a four-star asshole ... that doesn't play well in the kindly panorama painted and extolled by those who 'care.' Why should such a characteristic be withheld along with all the other benefits that being human bestows? It seems mean-spirited if nothing else.

Yes, Virginia and Virgil, you too have the capacity to be an asshole... a right I would never try to withhold since I need some explanation for your nitwitdom as I see it.
Posted by genkaku at 7:41 PM