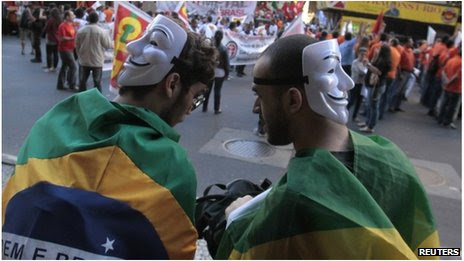 Security forces in Brazil have banned masks at Pope Francis's opening Mass at the Roman Catholic World Youth Day festival in Rio de Janeiro next week.
More than one million people are expected at Tuesday's Mass, which will be policed by 7,000 troops.

Have I got this straight? It's OK for the pope to come masked in vestments but not OK for his audience to choose their cloaking devices.
Posted by genkaku at 9:44 AM