Picking up the newspaper from the front stoop the other day, I saw my newest neighbor, Penny, and her dog Casey coming back from a canine constitutional. Penny moved in over the weekend and I had said hello, but we hadn't really talked, so we took a few moments to meet-and-greet before she took off for work at nearby University of Massachusetts/Amherst. 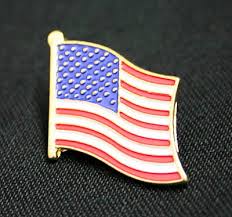 The conversation skipped here and there, nothing heavy ... we were just a couple of dogs sniffing each other in the social matrix. Casey was patient with us. But twice during the conversation Penny saw fit to mention she was the chair of the theater department. It was a position, an accomplishment, a definition and perhaps a setting of power boundaries.

It struck me as strange and mildly annoying thing to say ... twice. I didn't care if she were chairman of Standard Oil ... what did that have to do with the price of potatoes? All I was interested in was whether she was a nice human being, whatever she did or whatever kudos she might have attained.

We parted amicably and yet my small irritation lingered. I felt as if I had been asked to overlook the obvious in favor of some secondary and far less interesting aspect ... as if I had been talking to someone wearing a designer-label shirt and had been required to notice the embroidered alligator or polo player. It wasn't that the shirt was somehow unremarkable. I just disliked being asked to think it was more compellingly remarkable than the human being standing in front of me.

Isn't being you enough?

And of course sometimes it's not. Sometimes it feels small and insignificant and it feels important to crank up the significance. And why not? How much of anyone's lifetime is devoted to collecting and corralling one success or another, one definition or another, one reassurance or another? And all that collecting allows us to say we know each other ... it's supportive and convivial and convincing and ... and then there is the recognition that this sort of recognition, while socially pleasant, simply falls short of some more important fact. Relying on being a "department chair" or a "soccer mom" or a "car mechanic" or a "police officer" or a "professor" or a "car mechanic" or a "farmer" may be true enough, but sometimes it can make you wonder if it's true enough.

In 1968, the 50th anniversary of the "Glorious Russian Revolution," I went on a three-week tour of Russia. One of the things I noticed almost immediately was that a lot of people were walking around with one or more (sometimes a lot more) small badges affixed to their lapels or shirt fronts. These buttons represented places their owners worked or sport clubs they belonged to or other affiliations of one kind or another. They were announcements and assertions and definitions of the wearer. In that time, wearing designer label clothing had not yet become a fad, but the badges seemed to serve a similar purpose ... a small bit of definition without which the wearer would be ... well, who would they be without the social definitions?

Some may snicker at a lapel-pin lifestyle -- how quaint! I'd never do that! -- but my guess is that the habit is so in-grained that it takes some reflection to realign what has been so carefully aligned over the course of a life at whatever age.

Lapel pins aren't always worn on the lapel. Sometimes their assertions and comforts are collected within. Their comforts are apparent within social settings -- you know who I am and I know who you are -- but then the quiet times arrive, times when lapel pins don't seem so reassuring. I'm not just a "department chair" or a "soccer mom" or a "car mechanic" or a "police officer" or a "professor" or a "car mechanic" or a "farmer" ... I'm more than that ... I'm ... uhhhhh ... well, I'm not entirely sure and that makes me uneasy. Sometimes it even panics me. When I don't have a definition, when my lapel pins lose their meaning, how can I be at peace? The blandishments of definition may be a lifelong habit, but the question will not be stilled ... how come definitions can smooth the waters sometimes, but seem to fall on their faces at others? A multi-millionaire on Wall Street may be somebody. But who is s/he in the middle of the Gobi Desert or a steeple chase?

A bit of reflection, a bit of attention or perhaps just old age helps to ease the dis-ease. What is so bad or disconcerting about operating from a position of no-definition -- a space in which any definition can have its moment in the sun, but no one in their right mind would imagine it was for keeps? This revision doesn't happen over night, but a bit at a time, as one definition after another loses its savor naturally, it becomes easier. Wanna be a "department chair?" Fine. Wanna be a "soccer mom?" Fine. Wanna be a "Buddhist?" Fine. Wanna be a "skateboard champ?" Fine. Be anything at all -- that's fine. But know your place in the deck of cards: Aren't you the joker -- the one capable of being anything at all; the one that has no definition of itself but brings pep to the definitions and lapel pins that arise?

It may take a bit of practice, but the advantage to learning these ropes lies in the fact that it is closer to the facts and less reliant on the delightful, lapel-pin frills.