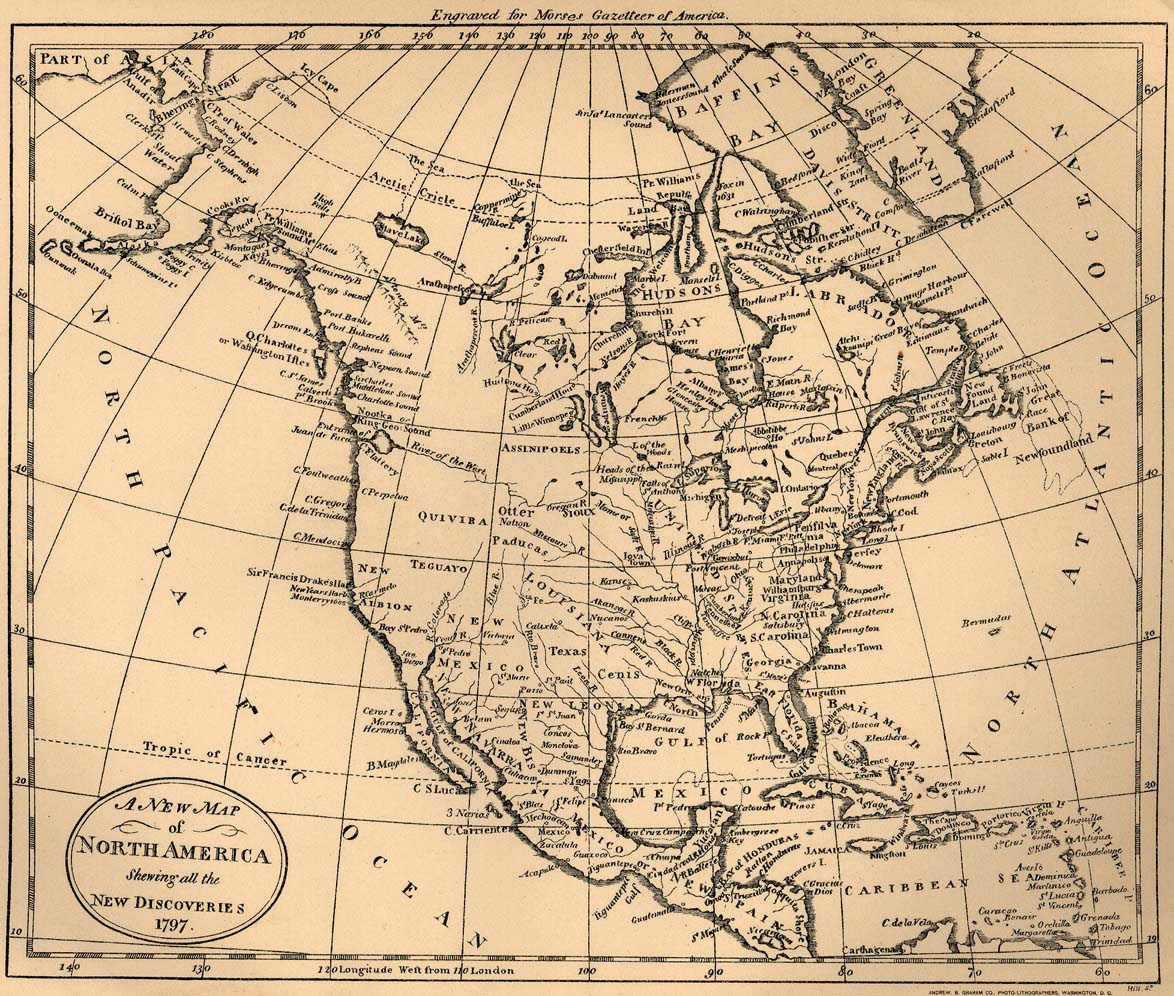 In 1803, for $15 million, American President Thomas Jefferson bought the Louisiana territory, all 828,000 square miles of it, from France, which had owned the territory from 1699 to 1762, then gave it to Spain, and then reclaimed it in 1800. Napoleon's hope was to build an American empire, but there were historical inconveniences that forced him to sell before he could build. Jefferson bought the land dirt cheap, though the price outstripped the entire U.S. budget and not everyone was sure he hadn't bought a pig in a poke.

In 1804, like anyone who has just made a new acquisition, Jefferson sent out Meriwether Lewis and William Clark to reconnoiter the new American backyard. Part of the reason for the expedition was to see if there existed a 'northwest passage' -- a water route from Atlantic to Pacific that would spell trading riches by lopping off the amount of time it took to sail all the way around South America on the way to the orient. And part of the reason was to assert ownership. But part of the expedition was intent on mapping this new backyard ... this land that was owned but not known. Maps of the time only reached so far ... and then dribbled off into terra incognita. 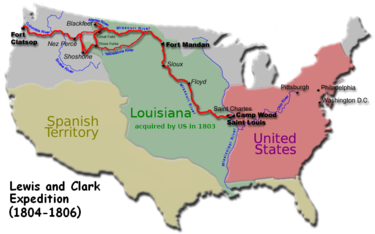 A couple of nights ago, I watched a TV documentary on Lewis and Clark. In their travels up the Missouri River and elsewhere, the expedition made contact with various Indian tribes. The Americans came prepared with medals and other gifts for the Indians who now lived on what Lewis and Clark and Jefferson asserted was their American land. The documentary did not go into how the Indians thought of the land on which they had probably lived for generations. The didn't seem to feel usurped, as you or I might if someone showed up on our front stoop saying, "Welcome to my property."

Besides all the political breast-beating and vast cruelties that would later be visited on the Indians, the TV show had a somewhat weird effect on me. It seems fair to conclude that the Indians did not have the same view of land ownership as their visitors did. If they had, wouldn't they have simply wiped out Lewis and Clark and their companions? True, there were tribal territories that were established, sometimes by violence, but how did this differ from the wolf that will piss-mark its home ground? No one owned the land -- that simply wasn't possible. Territories were established as a means of sustenance and propagation. But ownership?

The TV show made me sense, yes, the arrogance. But more interesting was the whole notion of ownership. Nothing wrong with enjoying what comes to hand ... but owning it? Does that really compute? Does it really make much sense? Little and large, within or without ... how much realistic sense does ownership make? Even in the flimsier realms of cause and effect, does ownership pan out as a happy thing or a sad thing?

Yes, yes ... I'm a little slower than the other kids on the block. What is obscure is easy, what is obvious is hard.

Isn't terra incognita more the rule than the exception?
Posted by genkaku at 9:46 AM