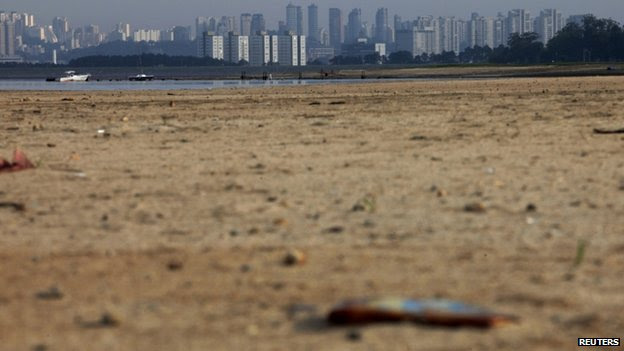 's Environment Minister Izabella Teixeira has said the country's three most populous states are experiencing their worst drought since 1930.The states of , and Minas Gerais must save water, she said after an emergency meeting in the capital, .

Water, as currently in the American West and Southwest, is no joking matter. Something more than 50% of the human body is composed of water. And food production .... hell, even the neo-conservatives might pay attention: Without food, how could you possibly create a good and righteous and lucrative war?