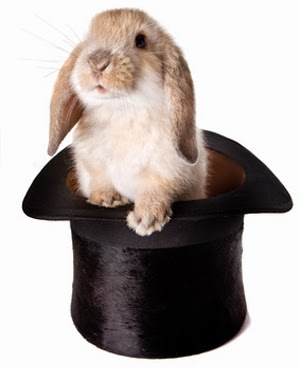 Psychologists are interested in the principles of magic because magicians have been carrying out informal behavioural experiments on people for centuries and have built up a huge array of techniques – many psychological – to create their mind-bending effects. Tricks often rely on manipulating people’s expectations, misdirecting their attention and subtly influencing decision-making – all the kinds of things that intrigue psychologists.

The above made me wonder whether Wednesday's slaughter of 12 satirical magazine employees in France might not help diminish the misdirection that the word "terrorism" instills.


Charlie Hebdo, a satirical magazine based in , has been attacked by extremists for the second time in 15 years. This time, masked gunmen stormed their offices and murdered 12 employees, injuring at least 8 others — including 4 reportedly in critical condition. This horrifying attack on the magazine comes just after they tweeted a cartoon depicting Islamic State militant group leader, Abu Bakr al-Baghdadi.

By this morning, leading suspects were said to be surrounded. News of the slaughter dominated last night's news.

I haven't read the magazine, but sense it was/is a not-terribly-well-done, stick-in-your-eye tease that embraced razzing Islam at its extremes. Small wonder, in one sense, that those extremes might take exception.

But what I wonder is whether the addition of the inflammatory and ill-defined word "terrorism" might not have been dealt a blow. The word is a delight to people like Dick Cheney and other exceptionalists around the world who feel, as the alleged terrorists do, that their way is the right way and woe betide anyone who disagrees... death is too good for scumbags like that!

But the horror of the Paris shooting spree rested, unless I am mistaken, not so much on "terrorism" as it did on the wanton taking of human life. Socially, killing is frowned upon in many if not most instances. So what happened at Charlie Hebdo was first and foremost a series of homicides. Not any particular kind of homicides, just homicides. The post-facto addition of the word "terrorism" hardly made much difference to those shot dead. "Terrorism" was a self-serving add-on and as such, a misdirection ... some murders are better than others.

What would it be like if the word "terrorism" were excised from the politically-useful arsenal and we were all content to disparage murder? Wouldn't that be enough? I don't know about you, but if someone puts a bullet in my brain, I doubt if I will be concerned about the shooter's politics or religion or nationality.

Well, not in my lifetime. The tool is just too handy for those who would terrorize the world.

Misdirection is a kool tool.
Posted by genkaku at 9:04 AM