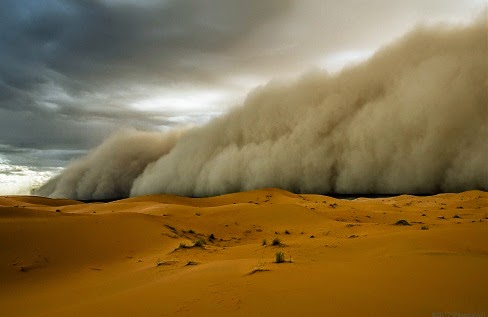 Like some sandstorm in the the Sahara, the concrete and not-so-concrete particulars of my mother's recent death gather force and make me anxious. I want to do the "right" thing, to be responsible ... and simultaneously the task requires more energy than I am willing to or capable of expending. I do not want to be dragged into some "responsible" mode.

-- Yesterday, my mother's ashes arrived in a carefully-taped package adorned with stickers reading "cremated remains." It's perhaps 8x8x7 inches and weighs perhaps three pounds. What shall I do with them? I promised my mother to scatter her ashes in a river upcountry from here, but shall I include family members in the exercise? My mother wasn't either particularly close or particularly inclined towards my family and as a result my wife and children were not very connected to her. Shall I go alone? The questions are there and the box sits on a nearby shelf.

-- Yesterday as well, her death certificate arrived from the funeral home -- four or five copies looking very official. The document will be important in the bureaucracy yet to be navigated.

-- And then there was the phone call from my mother's one-time minder. He had been willing to help me navigate the business of shutting off electricity, emptying small bank accounts, paying bills and getting stuff out of my mother's apartment, but because she is now dead, he no longer has the power of attorney he once had. He can't legally go into the apartment and I am physically and mentally unwilling/unable to travel to New York and do what needs to be done. The minder cannot afford to jeopardize his business by exercising common sense ... get into the apartment, arrange to have it emptied, etc. He cannot afford to ignore the law which says he has to have permission granted by a court. So today, I will call a New York surrogate court house and throw myself on the mercy of what I hope will be a patient and helpful bureaucrat. I can't afford the lawyer who might travel this path and so ... I will have to be 'responsible' and try to keep calm. Ever in the past, the minder had sounded competent in his ministrations. On the phone last night there was an edgy panic whispering in his tone ... he was caught between a rock and a hard place -- a position he did not gladly assume. So ... shit flows downhill and I will enter the legal maw today and call the court, an anxiety-provoking prospect.

-- A note came from a very old friend/college professor/poet to whom I had sent the column I wrote about my mother. He was sympathetic to my loss and praised the writing and then apologized for not being in touch. On his way back from Paris in the fall, his wife had been diagnosed with stage 4 ovarian cancer which is now being treated. Then his hip began to give out and a replacement is planned. Somehow, my flurry seemed to wane in significance when I compared it to Jonathan's sandstorm. Friends -- like my children -- can excite a futile desire to take whatever difficulties exist on my own shoulders so the friend or child does not have to suffer them. It's a silly thought, but a compelling one nonetheless.

-- As if to put a cherry on top of the sundae that was yesterday, there was a doctor's appointment as well ... one of those lingering follow-ups that attend on the lung operation I had several months ago. The appointment meant I had to skip my afternoon nap ... I was not amused or pleased. There was nothing special about the visit, but the beige hospital walls and the doctor himself both put me in a place that I consider deleterious to anyone's health... helpers who want to help in a helping place but in such helping, simultaneously accentuate the lack of possible help and underscore the problem I see no reason to dwell on. I feel as the Russians felt about Y2K ... fix on failure and don't get your knickers in a twist before that. Time enough to work on problems when they arise.

I suppose writing this down and boring the shit out of the passing reader is just a way of pretending I am competent and even-tempered and can-do about the sandstorm I'd rather not be in. I'm almost 75: Actuarially, what the hell did I expect?

Writing quantifies, sandstorms do not.