encounter at the barber shop 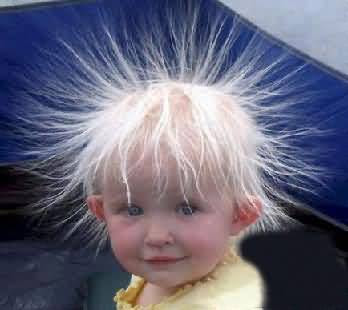 Because I had begun to look like one of those cartoon cats that gets its tail stuck in a light socket, I went to the barber yesterday. One person was in the barber's chair and a white-haired fellow was waiting his turn while reading the local paper.

Since reading months-old magazines did not appeal to me, I asked the fellow who was waiting if I could take a section or two of the paper.

"Go ahead," he said. "I'm just checking the obituaries to make sure I'm not included."

It was an old-duffer's kind of witticism and I liked being in the company of someone whose age and outlook I might share. By way of passing time, I asked the fellow what he had thought of the newspaper's seemingly endless coverage of a woman who had planned and then executed her own death by not eating. The series was titled "Death with Dignity."

The question and topic didn't seem to make him squeamish.

"It's ticklish," he observed of the topic in general. There are so many varying circumstances (grinding pain, depression, immobility, etc.) attending on death that deciding to end this life has no single appropriate philosophy. He told me of a distant relative whose 19-year-old daughter had had a massive heart attack while jogging and for the last couple of years had been confined to bed ... a 'vegetable' who could not move or speak and whose parents were legally barred from a 'merciful death' option.

"Would she want to live?" he asked rhetorically. "No one knows or can know."

I said I liked the newspaper series because it said implicitly what so many are loath to express: This life is entirely yours. Laws, opinions, religions, etc. can all go suck an egg in the end. It's yours in success and yours in failure; yours in competence and yours in incompetence... even in a vegetative state.

An aging (or even young) person may not have much, but this life remains untouchable by others. That fact strikes me as important... and largely overlooked because so much of what went before has been made dependent on the outlook of others. Being responsible is lonely... and rather exciting at first. Later, perhaps, the obviousness settled down and made you wonder how or why you had ever thought otherwise.

Soon enough, the white-haired man took his turn and got his hair cut. I basked in a small conversation that had no real punch line or conclusiveness, but simply ended by circumstance with some line like, "to be continued...."
Posted by genkaku at 6:38 AM