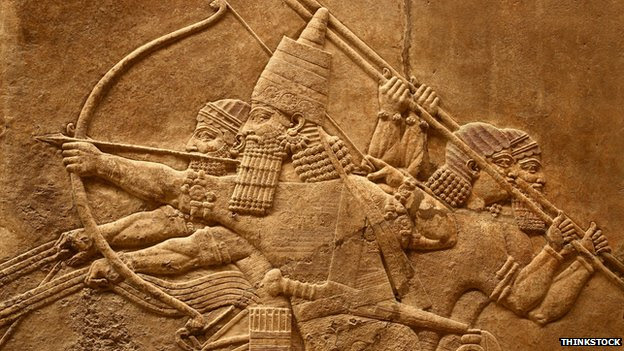 Does anyone actually need an academic investigation to prove the obvious? Perhaps so: Some will never trust what they themselves already know and will insist on conferring and confirming with 'experts.'


Evidence of post-traumatic stress disorder can be traced back to 1300BC - much earlier than previously thought - say researchers.
The team at analysed translations from ancient or ....
Prof Hughes' report - titled Nothing New Under the Sun - argues there are references in the Assyrian Dynasty in between 1300BC and 609BC.
In that era men spent a year being toughened up by building roads, bridges and other projects, before spending a year at war and then returning to their families for a year before starting the cycle again.

How grueling a regimen is that? -- work hard at something creative and productive and then enter and be party to a  world of violent and vile destruction. Who, in any age, could help but be reduced, whatever the excuses? From family and creativity to destroying those likewise dedicated to family and creativity.