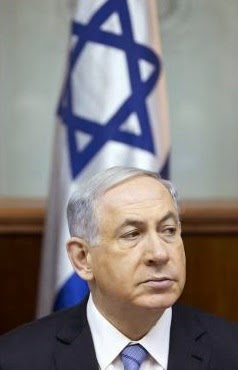 In a breach of protocol, Israeli Prime Minister Benjamin Netanyahu has accepted an invitation from Republican stalwart John Boehner to address a joint session of the U.S. Congress. Neither consulted President Barack Obama, as is more often the case between world leaders.

For Netanyahu, as for the Republicans who dominate Congress, it's an astute move: Netanyahu gets to strut his stuff before a contested election back home and the Republicans get to lay claim to a politically-correct position vis-a-vis the Jewish voters who may turn out for the 2016 presidential election.

As for the American people ... when was the last time that the leader of those opposing or subjugated by Israel was invited to make a similar speech? Friction between Israel and the Palestinians has been going on so long that comedian Woody Allen has made fun of it. The deaths -- always about 3-1 in favor of a vastly-better-armed Israel -- are far from comical and the U.S. claims to take the Middle East seriously.

How can it be serious if only one side is taken seriously? Is political posturing worth American lives? I guess so, as long as it's not their kids' lives.
Posted by genkaku at 9:21 AM