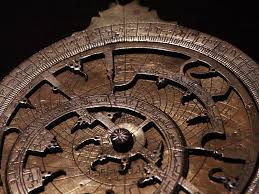 Lyle Joyce and Peter Armbruster were a couple of sheets to the wind as they sat celebrating their graduation from Harvard Law School. The two had been friends for years now and had already agreed that their destinies were inevitably intertwined: Of course they would start a law firm together: Armbruster's grandmother's bequest had guaranteed the start-up funds.

Over a series of alcoholic lubricants, they began fine tuning the agreement and bantered playfully about whose name should lead the parade on the shingle they planned to hang out. "Let's just flip for it," Joyce said. "OK," Armbruster agreed and then was pleasantly surprised when he won. "'Armbruster'" has a swankier ring to it," he ruled. It represented a strong opening name on their shingle-to-be. Joyce was not dejected.

As the conversation's projections meandered hither and thither, suddenly the good friends were brought up short: Their longtime friendship was not just in the law, but was also based on a shared sense of laughter. "We're getting way too serious about this," Armbruster said. "You're right," Joyce chimed in and a silence descended over their table. How were they to maintain a lively equilibrium in a world dominated by -- to their mutual disapprobation -- people who wore cuff-links and drove 'those' cars? Both were aware, however vaguely, that the pursuit of manna or ideals was a course that missed the target.

It was Joyce who came up with the solution. "Astrolabe!" he announced. "We simply add a name to our shingle -- nothing too fancy but fancy enough... "'Juno' or 'Jillian Astrolabe.'" "But who is he or she and why?" Armbruster prodded, although he was certainly intrigued.

And Joyce took a mighty sip and expanded his idea. "Juno or Jillian Astrolabe is a silent partner who does not exist. You know that, I know that and the receptionist will have to know that. But otherwise, no one knows. As a silent partner, Astrolabe lurks in our legal-shenanigan office. S/he is never around. Why? Because Astrolabe's modus operandi is to close one large and revenue-producing merger a year and then spends the proceeds on yet another sex-change operation. When callers reach the receptionist and ask to speak to "Mr. Astrolabe," the receptionist will gently correct the caller, saying things like, "She is not available at present." And when the caller corrects him- or herself and makes further reference to Astrolabe as a female, the receptionist will once again gently correct: "I believe Mr. Astrolabe is currently in the Pacific working on a rather large merger. Perhaps Mr. Joyce or Mr. Armbruster could assist you."

A silent partner with his/her name on the door: There was no doubt about it, this was fertile soil.

Astrolabe's parameters were simple, to hear Joyce tell it. At no time was his or her sex assured since changing it was what s/he enjoyed doing. The bedrock premise remained: Astrolabe did not exist, but Joyce, Armbruster and the receptionist (she'd have to be an imaginative and preferably sexy young woman) would be blood-oath-sworn to secrecy ... dibbling out minutiae of details over time. His/her first name would vary according to the latest sex. And s/he did, in one unguarded moment, claim to have been taken up into an extra-terrestrial space ship ... but really, the law degree s/he held (cum laude) was the real McCoy, so perhaps the space-ship stuff should be overlooked. Everyone's got a personal cuckoo clock, right?

And there was no reason why the law shouldn't be a little fun. So Joyce and Armbruster got their future lives in order and agreed that "Armbruster, Astrolabe and Joyce, Attorneys as Law" was a step in the right direction.

They ordered another drink.
Posted by genkaku at 10:10 AM