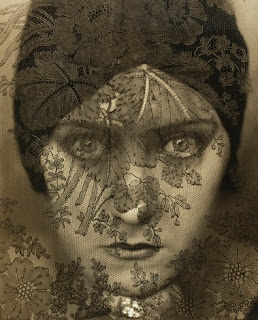 It was sort of like catching myself looking at my reflection in a mirror -- mildly embarrassing to be considering something so long-lived-with, so obvious, so self-serving... a mildly-weird sensation after watching hunks of two movies on TV yesterday. Somehow, combined, the two movies nailed me squarely ... not completely, perhaps, but close enough.

"Chocolat" and "Trumbo," both long-since forgotten by others, perhaps, but new-ish to me. Both contain the beckoning-and-threatening warmth of social agreement mixed with the hair-raising threat of what happens when that warmth turns to vindictiveness and group-think. "Chocolat" adds a dollop of implied and explicit magic, which is one of my undeniable threads.

"Trumbo" addresses one of the most frightening times in my lifetime -- the communist-hunting days of Sen. Joseph McCarthy, a coarse and unkind man whose insinuations may have been a precursor to Donald Trump, but in any case hurt so many to the benefit of so few. Even as a kid, I could feel the tendrils of McCarthy's noose. Witch hunts are real where groups preside and they scare the crap out of me. And yet groups are warming. They are social and sociability is a human longing/trait.

I'm probably not describing all this well. These two movies just seemed to sum me up without even breathing hard. Magic and loving and horror and yet another crucifixion. I catch myself looking with some curiosity in the two-movie mirror which felt somehow as if I were a deer caught in the headlights. OK -- two movies caught me by the short hairs and I have to admit it.

Dontcha just hate it when someone or something nails your ass to the barn door? :)
Posted by genkaku at 8:07 AM