no kidding ... Australia does not exist 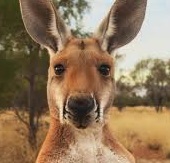 Now, it seems, there is a variation on this theme in 'real' life -- to wit, for example, Australia does not exist.


Australia doesn’t exist. The signs were there the whole time: in what country is the only thing more poisonous than the snakes the spiders? How did we ever believe that kangaroos were a thing?
This discovery, believed by some to be a joke or a conspiracy theory, has been circulating on social media in recent weeks after being formulated on Reddit in early 2017. Except it turns out not to be the only theory of its kind: through the years, online sleuths have found that all sorts of places don’t exist.
High on the list is Finland....

Some may charge that this speculative universe qualifies for a gold star in the realm of Totally Useless Information. Others may smile knowingly. And still others vow to keep the secret secret ... sort of.

My view is that if a universe can make room for the likes of Donald Trump as president of the United States, it damn well should make room for the proposition that Australia -- and wherever all else -- is mere fabrication. How else would anyone maintain sanity?


In these days of fake news and mainstream-media conspiracies, though, it doesn’t do to take anything for granted – so [the Guardian] contacted a diplomatic source, who agreed to speak off the record and confirm what they could about the existence (or otherwise) of Finland and Australia.
“Hang on, let me look out the window,” the source replied, before confirming Finland existed.
The source was unable to provide similar confirmation for Australia.