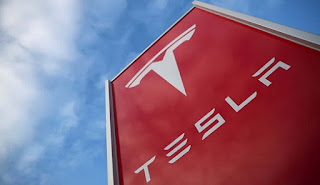 Anyone who thinks that American companies "would never do thaaaaat" when it comes to payoffs and other forms of baksheesh -- imagining that such things are limited to backward and corrupt nations and Arab bazaars -- needs to reconfigure his or her figuring.

Tesla, the company headed by wunderkind and press-snuggling Elon Musk, is apparently not above taking a page from Donald Trump's play book when it comes to buying the silence of obstreperous employees.


Tesla had a clear message to DeWitt Lambert, a black employee alleging racial discrimination: take our money and stay quiet.
“In terms of settlement, we are willing to pay Mr. Lambert [redacted], but only if we are to resolve this matter before there is media attention, preferably within the next few hours,” the Tesla general counsel, Todd Maron, wrote to the worker’s lawyers last year. “If there is media attention first, there will be no deal.”

Banks, airlines, tech firms, pharma, manufacturers, government ... as Sun Tzu observed, "business is war" (and vice versa, of course). And in that arena, all weapons are brought to bear, no matter how well-or-poorly-coiffed the opponents may be.