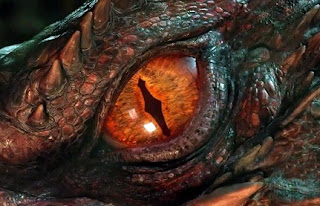 Is it true or is it just whimsy?

Everyone has a personal hagiography lying lazy in the background of this life. It's not especially heavy, but it is insistent. It morphs on command. It whispers. It has, if it can be said, a determining and determined demeanor such that, post mortem, others might look and quantify the one who was and write with an assurance that is unwarranted but consoling.

Were anyone to look back on my life and incorporate it into some unwarranted conclusion, I guess I would be pleased if the assessor were to begin (though beginnings and endings are dubious at best) with astrology. I am a lover of whimsy and stories and astrology has a beckoning flavor.

And hence: In the East and its astrology, I am a dragon. An imperial dragon as my hagiography imagines it -- one with five talons per foot instead of the less august four. Nobody fucks with dragons since dragons are simply not to be fucked with. And that's hagiography, isn't it? -- a world in which doubt and frailty are swept aside in the dragon's backwash? Dragons rule in a world of whimsy and a world of stories. They are easy and fierce and confident to such an extent that they require no confidence. And yet dragons are light as air -- flimsy as all beginnings; delightful and reassuring ... man, can dragons swoop and soar and own the moment! And simultaneously thin as the wetness of water. It's just a story for this moment. A bit of hagiography lurking and insisting, silly and sane.

In the West and its astrology, I am a fish. A fish darts between the darkness and light of its environment. Fish are said to be 'old souls' or something similar and lord knows I have felt old at times. But who can tell? To be old, anyone would need command of what is young. Fish are forever young, even if they flop and gasp in some unaccountable creel.

Dragons soaring, fish darting. Both have their frailties and flaws and yet my light-hearted seriousness about astrology and hagiography whispers now and then and would not object if, looking back, someone remembered me in those terms and then laughed at the arrogance of words and memory. Dragons and fish are as good a place as any to begin a recollection, which in any event is wide open to the idiocy of insistent hagiography.

It is better to tell an interesting lie than to assume you could tell the truth. Or anyway, that's my whimsy... as delicate as a feather against my cheek.
Posted by genkaku at 9:01 AM