at the funeral show


A controversial suicide pod that enables its occupant to kill themselves at the press of a button went on display at an Amsterdam funeral show on Saturday.
Called the “Sarco”, short for sarcophagus, the 3D-printed machine invented by Australian euthanasia activist Philip Nitschke and Dutch designer Alexander Bannink comes with a detachable coffin, mounted on a stand that contains a nitrogen canister....
Nitschke said he aimed to build the first fully functioning pod before the end of the year. 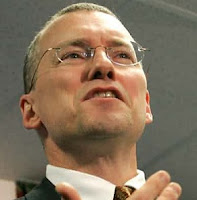 I wonder how, if at all, this news dovetails with the report that David Buckel, a prominent LGBT lawyer and environmental activist, burned himself to death in New York City yesterday.
Posted by genkaku at 9:14 AM