With an appointment at 10, there is not so much room to exercise my usual morning blither. But old habits die hard and there is a little time .... 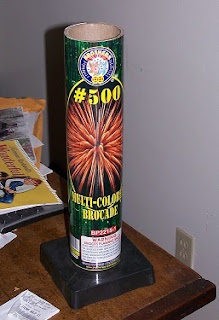 Today I think that in spiritual endeavor (or any other for that matter), it is a good idea to be wary of the woo-hoo's. Not look down like some gently smirking adult, not suggest that anyone could outgrow or get smarter than the woo-hoo's, not pretend that woo-hoo's were an estate of lesser attainment ... just keep a gentle eye on the woo-hoo's.

Woo-hoo's can and do inspire action, perhaps, but they also carry with them the very doubt that woo-hoo enthusiasms may seek to allay. This isn't good or bad, juvenile or adult, lesser or greater ... it just strikes me as a tendency worth attending to. Cruisin' and brusin' are a package deal that turning into a serene and holy zombie cannot cure.

Yesterday, on a Buddhist bulletin board, I read a question about why anyone should consider ordination a necessity ... or even hold it up as a reasonable, heart-felt desire. And without really thinking about it, I wrote:

Is this true or is it more facile mind woo-hoo? I don't really know. I guess, like anyone else who might be inclined, I'll just have to check it out.

On the dining room table, there is a fat Independence Day rocket I bought my younger son for his birthday. Though such pyrotechnics are illegal in this state, well, what the hell -- July 4 is coming and we plan to set it off whatever the fallout.

I await with glee the woo-hoo I fully expect it will inspire.

A brilliant BOOM is really kool.
Posted by genkaku at 7:21 AM