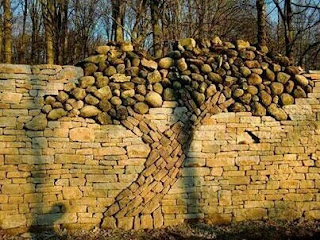 In the chilled pre-dawn light, the morning star seems to chase an impossibly perfect crescent moon up the eastern sky. It is all my imagination, but I enjoy imagining it and it seems to do little harm: Chasing, as if up and around some unseen celestial corner, two rambunctious puppies on the lawn ... quiet, delighted, determined, energetic.

No one else will see it this way, but I do.

And the sight segues in ways I cannot pin down to the final season of "Downton Abbey," the wildly popular public television series about the dwindling lifestyle of a fictional (post-)Edwardian English family. The sixth and final series of the show opened recently here in the U.S. Its scrumptious costumes and well-scrubbed outlook offers something simultaneously reassuring and edgy: Reassuring in the notion that there was a time when form and format held the high and stately (and constricting) ground and edgy in the inexorable demise of the comfortable and comforting world of aristocratic wealth and polish.

For some time, I too was hooked on the television series. The writing was good, the characters were good. The plot lines were credible. It was a far cry from most television fare. And more than that, I could feel the unknown recesses of my own unknown past coming to WASP-y light... a world well-educated and well-appointed; a world of noblesse oblige; a world of classes; a presumptuous world that overlooked its presumptions.

At another time, I suppose I might make a caterwauling, flag-burning, rising-of-the-masses federal case out of it all. No rich man ever got that way by being nice. But nowadays the cheek-by-jowl-ness of smug and serene, of good and evil, of nourishment and deprivation turns that volume down. Yes, WASPs can scare me and yes I am probably one of them. In person, such a crowd can make my teeth itch. From afar I wonder, "OK, if you don't want to be what you are, what do you want to be?"

And what came to mind, warts and all, was the line, "When I grow up I want to be a guter kerl." In my mind, the German for "good guy" is more evocative than the English somehow. Solid, steady, laughing to tears when the time comes; weeping inconsolably when the time comes; hard-working and honest... something like that.

And then -- oh dear -- the lightning struck: There is nothing wrong with deciding what you want to be when you grow up as long as you get it straight that no one ever grows up. From lord of the manor to stable boy apprentice ... imagining there might be some comely, home-free status simply is not in the cards.

But that doesn't mean I can't hope to become a guter kerl.
Posted by genkaku at 8:03 AM