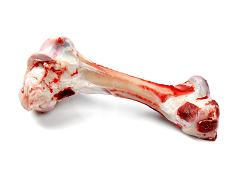 Like a dog lying on some sunshined lawn while gnawing on a beef bone, I seem insistently magnetized by the middlemen.

Middlemen -- the ones who croon and gather votes and imply that if enough people agree, then of course something is true.

Middlemen -- the ones who extol or excoriate and woo others into their fold in a vain attempt to escape the fact that they are nothing but middlemen.

Middlemen -- the ones who manage to change the War Department into the Department of Defense.

Middlemen -- the ones who make it seem normal to speak of "life insurance" even when the entire matter hangs inescapably on "death."

Middlemen -- the various prelates of whatever religion who insist on interpreting and finding meaning without ever admitting with full-frontal nudity that they do not know the god whose wiles they extol and seldom take the trouble to encourage their flock to find out. Oh yes, when pushed into a corner, they will tug their forelocks and stick their toes in the humble sand and say god is unknowable and yet they see nothing wrong with sticking a loving and interpretive oar in the water ... lookit me! lookit me! Without a middleman, you'd be sunk ... so here I am -- the middle man.

Middlemen -- the academicians who insist that the Mona Lisa is great art without giving others a chance or encouraging them to see the picture for themselves.

No doubt middlemen have a role to play, but the role they play is too often the role of someone who has become a legend in his own mind: This world is true and important and should not be questioned because... because ... because my job is important and without it you'd be sunk. I want status and I want spaghetti on my table, so if you don't challenge my middle-man status, I won't challenge yours and everyone will be well-fed and at ease ... just look at how many people agree with me!

Middlemen can provide context and back stories, but such matters are a bit like the pulpy, vile surroundings of a ginkgo nut -- necessary, but not the essential nourishment within. And, as anyone who has picked ginkgo nuts knows, the smell is awful.

The importance of all this, assuming there is any, is that I think human beings often find themselves bereft one day when they discover their lives are built on the tapestries of middlemen, not least the tapestry of their own mind. Suddenly, perhaps, it becomes vital to know something -- anything -- without any intercessions or meanings or praise or blame. For example, anchovies suck!

Just one thing. What one thing is there in this dog's larder that allows no middlemen ... or rather, where middlemen, for all their context and posturing, are not relevant. Peace is not a TED talk.

If I were a dog, I think I might put my paw down for a beef bone in the sunshine.
Posted by genkaku at 8:41 AM