in search of aliens to restrict? 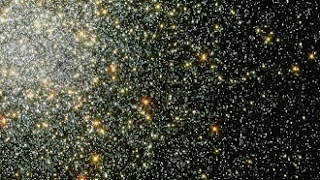 Ancient, tightly packed clumps of stars found at the fringe of the Milky Way are a good bet in the search for extra terrestrial intelligence (Seti), research suggests.
Because of their abundance of stars, these "globular clusters" were an early favourite in the Seti field.
But recent efforts to scour the sky for planets orbiting alien stars have had little success within star clusters.
Now, two astronomers say there is good reason to keep up the search.

Even as the Middle East and Europe are wracked by the migration of people seeking to escape the bloody military adventures of their governments and even as the Republican candidates for U.S. president talk about ways to stem the flow of "aliens" from the south, still someone is searching for new and improved aliens.

Are we in need of a new group to restrict? Are the walls and rules and regulations that are now shaped with brown men and women in mind to be transferred to green ones?