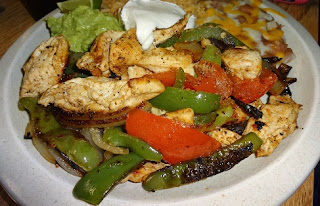 Too egotistically, perhaps, I suspect there comes a time in life when a man or woman has learned enough: The plate is full of all the nourishment needed an adding more requires too much effort for too little result. Little and large, all the wisdom and all the ignorance is in hand to complete the jigsaw puzzle. When that time is, I have no clue.

For example, there was a very minute moment when I was about 12. I was skiing on a public slope with my classmates. It wasn't much of a hill and it was hard to get up the speed that injected the excitement and whiz I loved.

On one walking return to the top of the hill, a man I did not know called me to his perch prior to his own run down the hill. There was nothing insidious about it, he just called me over to where he stood and said without preamble or epilogue, "Look, kid: Any asshole can ski fast. It takes a good skier to ski slow."

The word "asshole" caught my attention. Adults didn't generally talk that way to kids in that time. And after my attention had been grabbed, there was the substance of his observation: Was it true? I wanted to find out and spent the rest of the skiing time experimenting. Needless to say, I spent a lot of time falling down, something I seldom did when I skied fast.

The essence of that bit of advice, I sometimes think, dogged me for the rest of my life. Any asshole can go fast, but what happens when you go slow? What happens when the bling is set aside and ... and ... and there is just this one very slow, very deliberate, very invisible-making activity?

The echoes of this query were all very real. They touched me. I was willing to be touched by them. Maybe, as some will suggest, it was just another snazzy way of peeking at death, but it didn't feel like that. If this was death, it was alive-death, not just some religio-philosophical fire cracker. Ski slow and see ... but see what?

These are just some bits on nourishment on my plate -- stuff I return to from time to time like old friends. But they are so old now that, although I find them nourishing and companionable, I no longer fidget as once. Others, I can imagine, could give a shit about all this, but they probably have their own bits and pieces of a smorgasbord they are willing to accede to.

Enough is enough. No need to add more on a plate that is already heaped high.