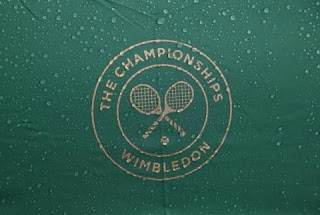 Somewhat blurry allegations suggest that match-fixing has been part and parcel of the world of professional tennis. No names seem to have been named nor dates supplied but the data amassed by the BBC and BuzzFeed News have jostled yet another fan-based presumption of unblemished athletic activity. The Tour de France, track events ... and now this. Is there nothing that isn't other than what it seems? It's depressing ... and please save your TED-talk breath!

But I suppose there's a bright side in a manner of speaking: Oxfam reports that "62 people in the world had as much wealth as the poorest half of the global population [which totals roughly 7.3 billion]." Those who find nothing deeply dangerous about this should by all means vote for or throw their support behind the American presidential candidate Donald Trump. Not that Trump's political star needs burnishing as the political primaries gather steam, but I doubt he ever met a vote he would turn away.
Posted by genkaku at 8:02 AM