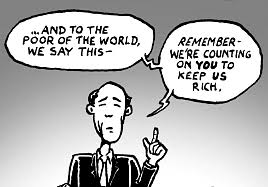 WASHINGTON (AP) -- The income gap afflicting major U.S. cities goes beyond the problem of rising paychecks for those at the top: Pay has plummeted for those at the bottom.
Many of the poorest households still earn just a fraction of what they made before the Great Recession began in late 2007. Even as the recovery gained momentum in 2014 with otherwise robust job growth, incomes for the bottom 20 percent slid in New York City, New Orleans, Cincinnati, Washington and St. Louis, according to an analysis of Census data released Thursday by the Brookings Institution, a Washington think tank.