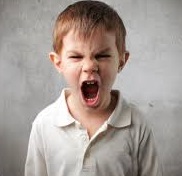 The older I get the more juvenile I become. Like some self-absorbed child in the supermarket checkout line, I stamp my foot and holler as if my mother had denied me a candy bar ... in all these news stories I see day after day, WHERE THE FUCK ARE THE GROWN-UPS?

Of course the people and events I am hollering about all lay claim to the same yardstick I wish would get addressed -- these are people who think they are in fact grown-ups. I, from my increasingly juvenile standpoint beg to differ ... big time!

-- Sarah Palin has announced she will support Donald Trump in his Republican bid to become president ... or anyway become more notable in the public eye. Sarah Palin ... where the fuck are the grown-ups?! Donald Trump ... where the fuck are the grown-ups?! Both of these people fall into the dumber-than-a-box-of-rocks category and yet here are the media and other agencies taking them seriously ... as a means of showing 'balance' in news reporting, I guess. The 24-hour news cycle means that there is not enough data to fill the space so ... well, every juvenile snippet is worth the time and effort to take seriously.

-- In Iraq, "the oldest Christian monastery in Iraq has been reduced to rubble, yet another victim of Islamic State’s relentless destruction of heritage sites it considers heretical." I'm sorry, but wrecking other people's day dreams is juvenile and cruel. Some adult needs the capacity to step in and say "no." The news media might once have done that, but the news media no longer have the integrity.

And there are other examples of stuff that leaves me stamping a five-year-old foot.

As with most "grown-ups," the definition of what qualifies as juvenile varies. Mostly, I think a line should be drawn at death: If you cannot act on the premise that no one wants to die and hence killing is a line-draw-er, what sort of kindergarten world is this? If you cannot acknowledge the importance -- and, yes, flaws as well -- of what will support and nourish the nation, isn't this an idiocy worth stamping a foot about?

Choleric and juvenile ... just stop it, for Christ's sake!

Give me my chocolate!