with the queen's consent.... 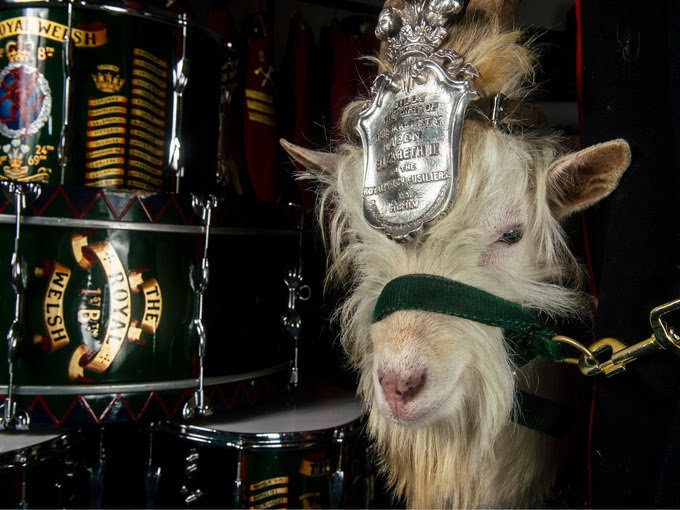 "Fusilier Llywelyn has completed basic training under Goat Major Fusilier Matthew Owen, from Anglesey, and his first duty will be to lead a parade at an event to commemorate the 1879 Battle of Rorke's Drift."The regiment said he was chosen following an "arduous survey" of the wild herd and he had stood out after demonstrating "more promise than the others"....

"The Royal goat tradition began in 1844 when Queen Victoria presented the Royal Welch Fusiliers with its first one, but it is believed the animals have been part of parades since the 1700s."
Posted by genkaku at 7:52 AM